“I am depressed; My training affected” – Boxer Lovelina 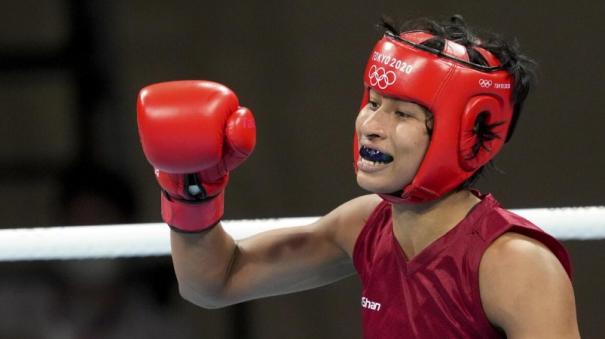 New Delhi: Indian boxer Lovelina has said that she is under severe stress and her training is affected due to it. It is noteworthy that he won a bronze medal for India in the Tokyo Olympics.

Lovelina, 24, hails from Assam. He had won bronze in Tokyo Olympics last year. He will participate in the 70 kg weight category in the upcoming Commonwealth Games which will start on 28th.

In this case, on his Twitter page, he said that he is suffering from depression. Lovelina has publicly stated that her training is affected because of it.

He mentioned that one of his two coaches has already left and now another coach has also been kicked out and thus his training has been stopped for the past few days.

He has also said that he is distressed due to these reasons.

He has also said that he is determined to win a medal for India no matter what the pressure is.

This has caught the attention of netizens. Many people are saying that appropriate action should be taken.