“I am my world” .. Ronaldo shouts at the top of his voice in Arabic (video) 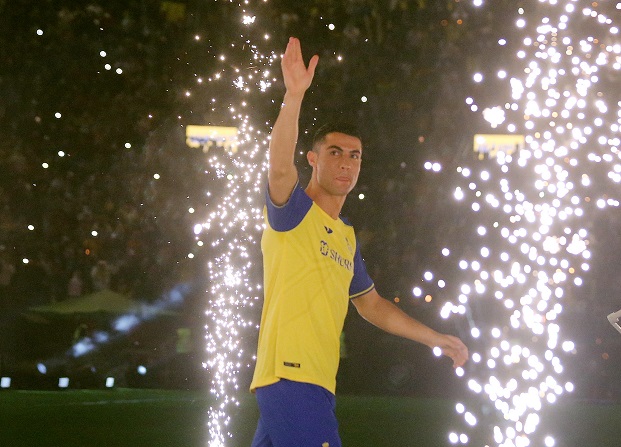 The Portuguese Cristiano Ronaldo shouted in Arabic, during his presentation today, Tuesday, to the fans of his new club, Al-Nasr Al-Saudi, at the “Marsool Park” stadium in Riyadh, and he said in the loudest voice twice: “I am my world,” and that is in relation to the Al-Nasrawi club, the stadium in “Al-Alamy.”

Ronaldo appeared for the first time in the Saudi victory shirt in front of thousands of Saudi and Nasrid fans, who cheered for a long time for their new legendary player.

I am my world 💛🔥pic.twitter.com/ruSnb4Eesa