‘I am not in the presidential race’ – Nitish Kumar 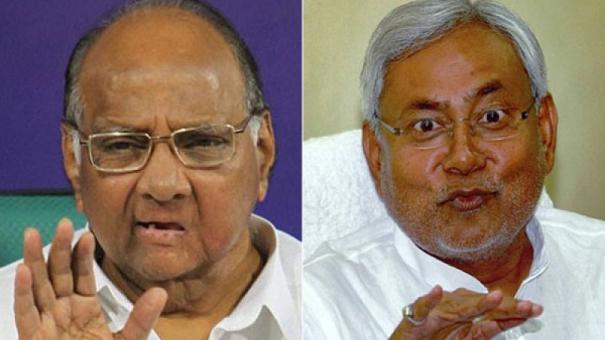 Nitish Kumar, leader of the United Janata Dal (UJD) and Bihar chief minister, has said that he is not contesting the presidential election.

President Ramnath Govind’s term ends on July 24. The Election Commission of India has announced that the election to elect a new President will be held on July 18. The last date for filing nominations is June 29. Nominations are due on July 2.

Sarath, Nitish who said no: Nationalist Congress Party (NCP) leader Sarabjit Pawar has been ruled out of the by-elections.

Similarly, Nitish Kumar’s name was mentioned in the presidential election. As soon as the election date was announced, Shravan Kumar, a senior leader of the United Janata Dal (UJD), said, “Nitish Kumar has all the credentials to be the President of the country. Everyone wants him to be the President of the Republic. I want him to be a Bihari President. He can shoulder this responsibility.” .

But Nitish Kumar has denied reports that he may run for president. “I am not contesting the Republican elections. I am not going anywhere except Bihar. All such information is baseless,” he said, ending speculation.

BJP more likely: The total number of votes cast in the presidential election was 10,86,431. Requires at least 51 percent support based on the value of the vote to elect the president. The total vote share of the ruling BJP-led National Democratic Alliance is 5,25,706. That is 49 percent of the vote. It needs 13,000 votes to reach 51 percent.

The United Progressive Alliance, meanwhile, has 23 percent of the vote. Therefore, with the support of Orissa Chief Minister Naveen Patnaik and Andhra Pradesh Chief Minister Jagan Mohan Reddy, the BJP is likely to win easily.