“I am not joking.” Greece responds to Erdogan with maps from 1923 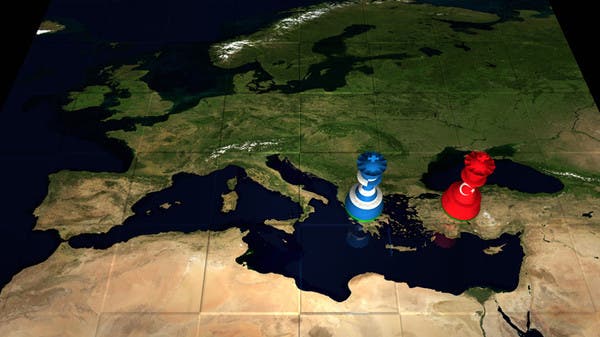 After the sharp attack launched by Turkish President Recep Tayyip Erdogan against Greece, accusing it of deploying soldiers on islands in the Aegean Sea in violation of peace treaties, the Greek response came.

Only the Greek Foreign Ministry published a series of historical maps that refute Turkish accusations that Athens is violating peace treaties that followed the First and Second World Wars.

It also confirmed that its forces were stationed there in response to the presence of Turkish military units, planes and landing ships on the opposite coast, in addition to the Turkish invasion of Cyprus in 1974.

She explained that these maps dated back to 1923, and depicted “in a clear and indisputable manner the illegal and unilateral Turkish actions and allegations.”

In addition, the ministry confirmed in a statement that the maps “document the extent of the Turkish amendments in order to overturn the status quo, violate international law … and threaten peace, security and stability in the region,” according to what AFP reported on Friday.

Come back to your senses

The response came after Turkey’s president, who is awaiting presidential elections next year, repeatedly attacked Greece, saying he would no longer meet with Greek leaders.

He also repeated his attack on Thursday, telling Greece’s leaders: “Come to your senses… the islands in the Aegean must be disarmed… I’m not joking.”

He later escalated his threatening tone, in a tweet published in the Greek language, saying, “We warn Greece once again to be careful and stay away from dreams, speeches and actions that may lead to results that you will regret, as was the case a century ago.”

Meanwhile, Turkish Foreign Minister Mevlut Cavusoglu, in turn, confirmed last Tuesday that his country would challenge Greece’s sovereignty over the islands if it continued to send troops there.

It is noteworthy that the two neighbors and members of the North Atlantic Treaty Organization (NATO) are locked in a dispute over maritime borders and energy exploration rights in parts of the Aegean Sea and the eastern Mediterranean.

According to Athens, Ankara began “illegal” drilling for oil in the northern Aegean in 1973.