IndiaI am not Modi to tell lies; I will keep my...
India

I am not Modi to tell lies; I will keep my promises: Rahul Gandhi promises to the people of Assam 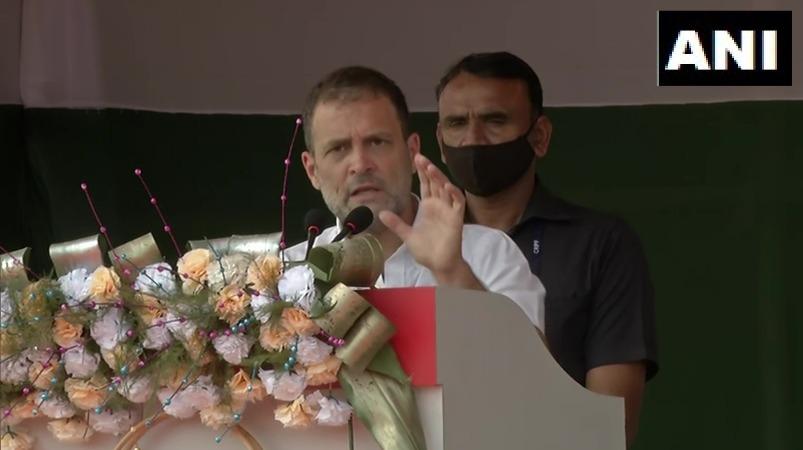 I am not Modi for making false promises. I will not lie. I will definitely fulfill the 5 promises I made Congress MP Rahul Gandhi promised.

Legislative elections are being held in 3 phases for 126 constituencies in the state of Assam. The first phase of the election will take place on the 27th. The ruling BJP alliance and the opposition in the election campaign Congress The party has also stepped down aggressively.

With students at a college in Lahore, Dibrugarh Congress MP Rahul Gandhi Conversed today. Rahul Gandhi then went to the tea estate and spoke to the tea plantation workers.

“The BJP has said it will pay tea plantation workers Rs. 365. But it paid only 167 rupees. I will not make false promises. I am not Modi to say so. I will not lie. Today I make 5 promises. I will pay Rs. 365 to tea plantation workers, we will oppose the Citizenship Amendment Act, 200 units of electricity will be free and Rs. 2,000 will be provided to housewives. These promises Congress Execution.

Prime Minister Modi is coming to Assam only at the time of elections. The people here could not give anything to Modi at the time of the floods. But, he comes here because you will vote for him.

Unemployment has risen in the middle-ruling BJP government. Democracy is declining. Farmers are fighting against agricultural laws. Citizenship Amendment Act Is coming. We cannot ask you to go to the people of Assam and forget your culture and language as you are coming to Delhi. People with different languages, cultures and languages ​​have formed the nation. The people of Nagpur are trying to control the country.

If the future students of this country are not able to speak openly to the Prime Minister it means that something is wrong somewhere. There is no democracy without students. They should eagerly engage in politics and fight when they feel that Assam is being looted. Struggle is to fight with love, not with stones and poles. There is no democracy without students.

I assure you that if the Congress party comes to power, we will not allow the implementation of the Citizenship Amendment Act in the state of Assam. The BJP is using hatred to create division in the society. Let hatred be sown everywhere. Congress The party will sow love and unity there. ”