“I am responsible.” The UAE coach’s statement after the loss from Bahrain 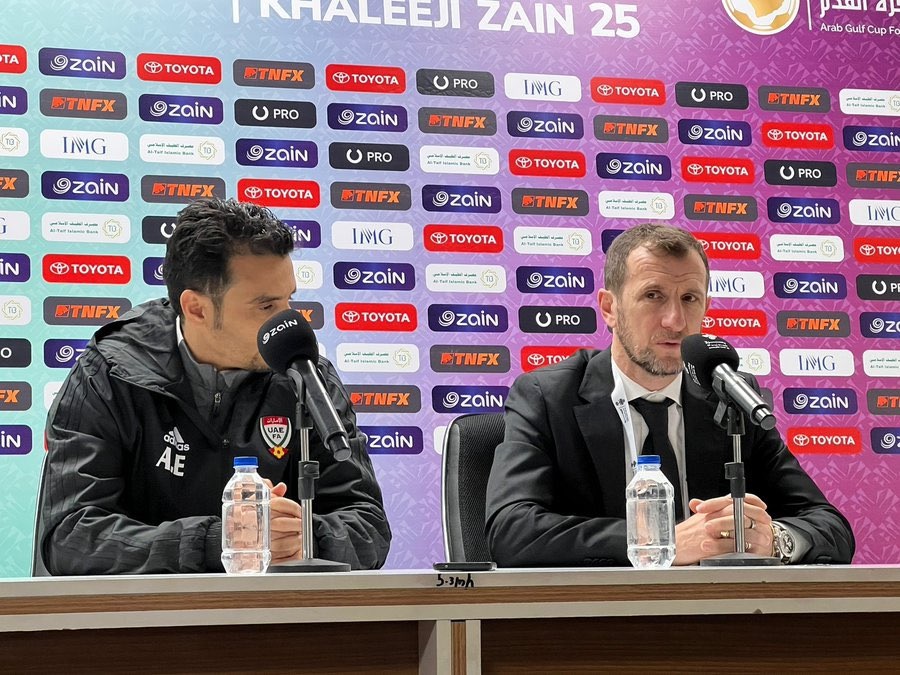 The coach of the UAE national football team, Rodolfo Arubarina, confirmed that he is the only one who bears responsibility for the loss that Al-Abyad suffered against Bahrain, today, Saturday, with a score of 1-2, in the first matches of the two teams in the 25th Gulf Cup, which is currently being held in the Iraqi city of Basra.
“I bear responsibility for the image in which the team appeared in the match,” Arwabarina said in the press conference after the match, adding that “the team started the first half well, but there were mistakes in the second half and the team paid the price for these mistakes.”
He continued, “Despite the loss, the team’s chances of competing still exist in qualifying for the next round, and it has two remaining matches in the first round to achieve this goal.”
And he continued: “As I said before, the national team came to Iraq in order to win the championship title and return to the UAE with the cup,” describing the loss as “painful” and that “there are great hopes pinned on the UAE national team, but the only way to compensate for a way out of this situation is to work and focus on Next match.