‘I bow my head in shame..’ | Incident of young woman being dragged by car; Delhi Deputy Governor Angam 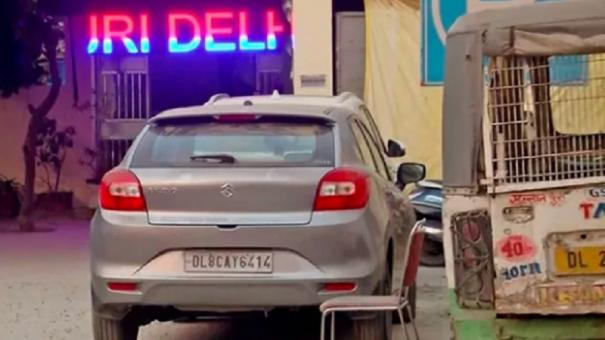 New Delhi: The Deputy Governor has condemned and expressed grief over the incident of a young woman being dragged in a car for several kilometers in the capital Delhi.

An incident that took place on New Year’s Eve in the capital Delhi has shocked the entire country. A 20-year-old young woman went out for work on her two-wheeler in Delhi’s Sultanpuri area. The two-wheeler collided with a Maruti Boleno car while he was returning home in the early hours of the morning. But the occupants of that car sped away without stopping the car. The clothes of the woman involved in the accident got stuck in their car. As the car stopped, the woman’s dress was torn and she was dragged naked. The girl was apparently dragged for a distance of about 7 km.

Seeing this shocking incident, a person reported to the police at around 3 am. But because the car was going fast, it was not possible to find the vehicle. Then the police got another call. The person was informed that a dead body of a young woman was lying naked in the Ganjawala area. The police immediately reached the spot and recovered the body of the woman. The car was seized on the basis of CCTV footage. The police have arrested 5 people who were traveling in the car namely Deepak Khanna, Amit Khanna, Krishan, Mithun and Manoj Mittal. They are being actively investigated.

Anguish Tweet: Meanwhile, Delhi Deputy Governor VK Saxena tweeted, “I bow my head in shame at the incident in Sultanpuri. It is an inhuman cruelty. I am shocked by the monstrous nature of the people involved in this crime. I have ordered the Delhi Police to conduct a proper investigation into this incident. I have ordered to investigate from all angles. All help will be given to the girl’s family. I request this society to become responsible,” he posted.

National Commission for Women Pressure: The National Commission for Women has written a letter to the Delhi Police Commissioner regarding the incident. The letter said, “The incident of a 20-year-old woman being dragged in a car is shocking. An autopsy should be carried out to determine whether she was raped as her body was naked. An honest, fair and speedy investigation should be conducted.”