“I cannot go to the RSS office. For that to happen, my head would have to be chopped off” – Rahul Gandhi 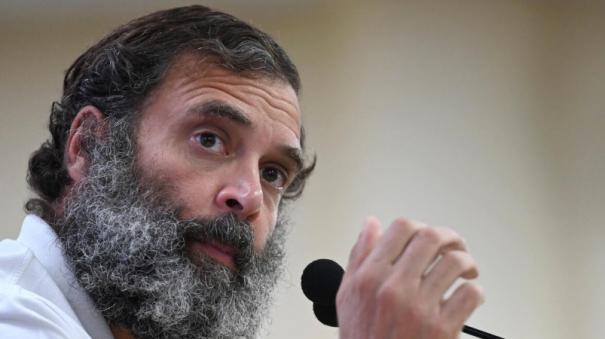 Chandigarh: By himself RSS Congress MP Rahul Gandhi has said that he cannot go to the office and if he is going to do so, his head should be cut off first.

As the India Unity Yatra is currently underway in Punjab, Rahul Gandhi today met the media in Hoshiarpur in the middle of the yatra. He then said: “I don’t consider it a security lapse when a volunteer tried to hug me during today’s yatra. The security forces sent him to search. He tried to hug me in a fit of emotion. It’s not a big problem. This happens often. This Yatra has received a huge response. A lot of people get very emotional.

You ask whether Varun Gandhi will be invited to participate in the India Unity Yatra. Varun Gandhi is in BJP. If he comes here it will be a problem for him. My ideology and his ideology are not the same. I can rss. Can’t go to office. My head must be cut off before I go. After that I can transport my body there if I want. My family has an ideology. Varun Gandhi was a follower of another ideology. I cannot accept that ideology.

You ask about the Akali Dal demanding that I apologize for the 1984 massacres against Sikhs. Manmohan Singh clearly explained the position of the Congress party in the Parliament when he was the Prime Minister in this regard. Congress president Sonia Gandhi has also made it clear. I have also already clarified my opinion regarding this matter which happened in the past.