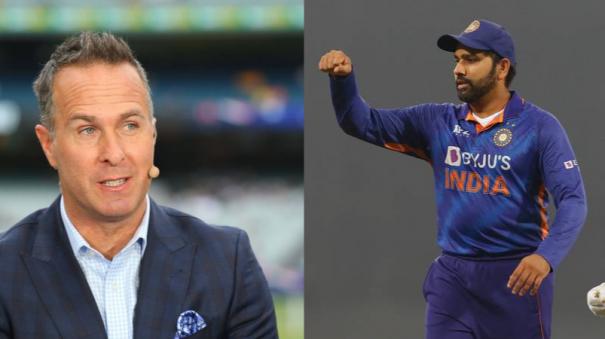 London: “I feel sorry for the Indian cricket team. They don’t have any options in bowling,” former England player Michael Vaughan said in view of the T20 World Cup.

The T20 cricket series between India and England starts today. He said this in this situation. It is noteworthy that India had lost in the recent Test match against the England team.

Vaughan also said that India is one of the teams that will win the title of champion in the T20 World Cup series that will start in Australia in the next few months.

“India are a talented team. They are one of the favorites to win the T20 World Cup. But they need to follow a better strategy when it comes to recruitment.

My concerns are only about the bowling options of the Indian team. I don’t think that unit is good enough for them. I think they always play with five bowlers and six batsmen.

It would be even better if one of the top 5 batsmen is also a bowler. Hardik is now in it. So there has been a change in the line up. But I regret that they don’t have big bowling options,” he said.