I filmed the atrocities of Mariupol.. Russia releases a famous medic 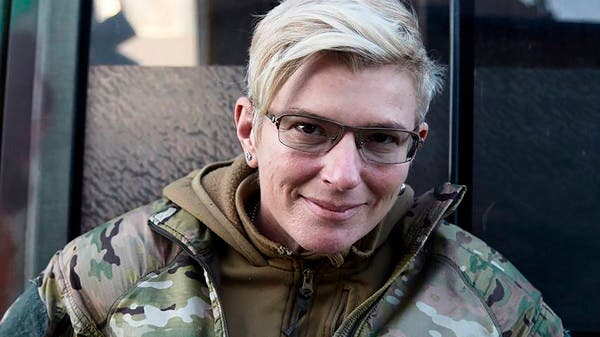 After 3 months of capturing her in the city’s streets, Russian forces released a famous Ukrainian paramedic who smuggled pictures she had taken from Mariupol after the battles raged there months ago.

Yulia Bayevska, or “Tyra” as she is known in Ukraine, thanked President Volodymyr Zelensky for his efforts to secure her release, in a short video clip posted on Telegram on Saturday, after the latter announced in a letter her release.

The family confirmed the news

Zelensky stressed the need to work for everyone’s release, as he put it.

Late Friday, the paramedic’s husband, Vadim Pozhanov, said he had spoken to her while she was on her way to a hospital in Kyiv.

The man also explained that the family remained silent in the hope that negotiations would take place.

The husband also expressed gratitude for the coverage that showed Tyra was trying to rescue Russian soldiers as well as Ukrainian civilians.

Millions of views around the world

It is noteworthy that “Yulia Bayevska”, or “Tyra”, was transferred by a camera installed on her body, 256 gigabytes of what passed with her while rescuing the wounded with her team, including Russian and Ukrainian soldiers.

The clips were sent to the Associated Press team, along with the last remaining international journalists in Mariupol, and one of them smuggled them out on March 15.

She was captured by Russian forces with a colleague on March 16, the same day a Russian air strike hit a theater in the city center, killing about 600 people, according to an investigation by the same agency.

The footage relayed by the medic went around the world and attracted millions of viewers, including some of the biggest networks in Europe and the United States.

It is noteworthy that the city of Mariupol had turned into a ghost town, with rubble and destruction pervading throughout, after fierce fighting that lasted for long weeks between the Ukrainian and Russian forces.

The coastal city in southern Ukraine is also suffering from an outbreak of cholera, due to the almost collapse of medical services.

And Moscow announced, late last month, that the last fighters had left the basements of the sprawling Azovstal Factory, after they had barricaded themselves in it for weeks, refusing to surrender, and the last fortresses of the city had fallen, confirming its complete control over all of Mariupol.

That full control of the city on the Sea of ​​Azov gave Russian forces relative control over a land route linking Crimea, which Moscow seized in 2014, with mainland Russia and parts of eastern Ukraine under the control of pro-Russian separatists. .