“I have no intention of running as a prime ministerial candidate. But…” – Bihar Chief Minister Nitish Kumar 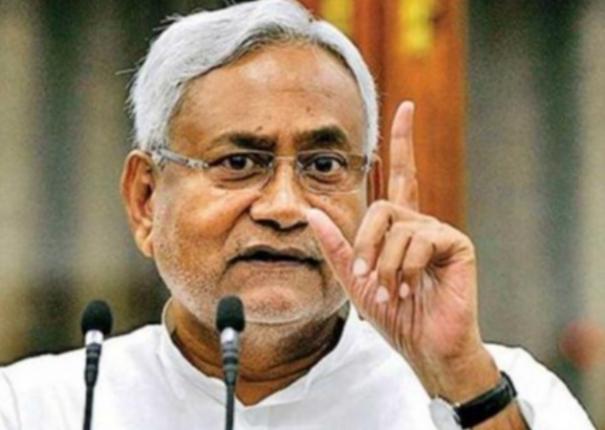 Patna: Bihar Chief Minister Nitish Kumar has said for the second time in three days that he is not interested in the post of Prime Minister.

Bihar was ruled by the United Janata Dal and Bharatiya Janata Alliance. Nitish Kumar has announced to break the alliance as this alliance has been on fire lately. And unsettled, he formed an alliance with his old ally RJD. Nitish Kumar, who formed an alliance with Lalu Prasad Yadav’s Rashtriya Janata Dal, became the Chief Minister again. Tejashwi Yadav was sworn in as the Deputy Chief Minister.

After the inauguration, Nitish Kumar said, “Let’s see if those who won in 2014 will win in 2024 too. I have no intention of contesting as prime ministerial candidate. But the opposition parties should come together to oust the BJP government at the centre.”

In this case, he has presented the same opinion again today. A reporter asked, “Will you contest the 2024 Lok Sabha elections as a prime ministerial candidate?” he asked.

Nitish Kumar responded by clapping his hands, “I don’t have such a thought in my mind. No matter what people say, no matter what people close to me say, I don’t have that thought. But, all the opposition parties should unite. I will do my best to bring about that unity. We will discuss people’s issues. A good social environment should be created in the country,” he said.

With the new government in Bihar, the trust vote is going to be held on August 24. Although Nitish Kumar has repeatedly said that he does not want to be the prime ministerial candidate, JTU officials told the ‘Hindu Tamil Vektik’ newspaper that, “Lalu’s son Tejashwi Prasad has been decided as the chief ministerial candidate in the next Bihar assembly elections.” Talks have been held with Congress and RJD to nominate Nitish Kumar as the prime ministerial candidate of the opposition parties. Opposition parties that do not accept anyone from the Congress will have no objection to nominating Nitish for the post of Prime Minister. Therefore, the plan to hold elections to the Bihar Assembly along with the Lok Sabha in 2024 is under consideration.