I missed the opportunity to be introduced by the Prime Minister: Union Minister L. Murugan pain 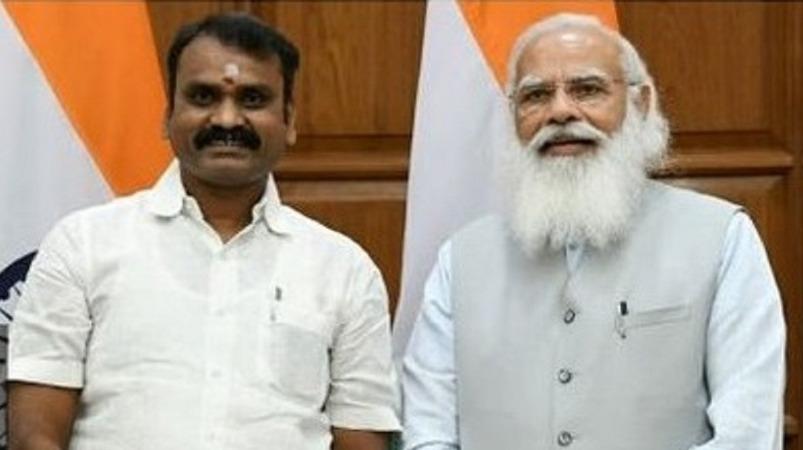 
Union Minister L. Murugan lamented that I had missed the opportunity to be introduced in Parliament by Prime Minister Modi as the Opposition continued to ramp up in the state assembly.

In the recent expansion of the Union Cabinet, L. Murugan, the former BJP leader in Tamil Nadu, was given the post of Union Minister of Information and Broadcasting. Prime Minister Modi yesterday unveiled the new ministers at the monsoon session.

However, members of the opposition in the Lok Sabha and the state assembly raised various issues without allowing the new ministers to be introduced. Especially with regard to the new ministers at the state level Introduction by Prime Minister Modi There was so much noise and confusion that it could not be done.

Opposition groups called for a boycott of the assembly, citing “peasants’ issues, rising prices, Pegasus spying and rising petrol and diesel prices.” As a result, Prime Minister Modi was unable to introduce the newly appointed ministers.

Union Minister of State for Information and Broadcasting L Murugan has expressed his grief over the incident on his Twitter page.

In it he says, “I was emotionally tormented. For the first time in the history of the Ministry of Information and Broadcasting and the Ministry of Fisheries, Livestock and Dairy, I have become a Union Minister from the Arundhati community. I am saddened that I missed the opportunity to be introduced by Prime Minister Modi in Parliament

It is an important day for the Scheduled Castes, Tribes, OBCs and women in the country to be recognized and introduced as ministers. It is painful that the Congress and the allied parties interfered that day, ”L. Murugan said.

How to delete the last 15 minutes of Google search history

Bad Bunny: tickets for the tour The last tour of the world are already sold out

Taliban: We will not launch new operations during Eid al-Adha and remain in a defensive position