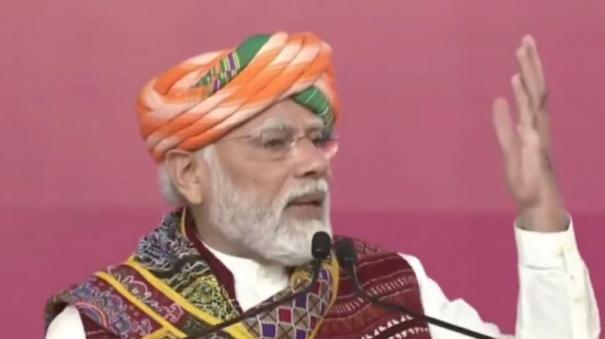 Bhuj: Prime Minister Narendra Modi has assured that India will become a developed country by 2047. It is noteworthy that he said this while visiting his home state Kutch district.

Prime Minister Modi has visited the state of Gujarat to implement various welfare schemes. He has dedicated two memorials in Anjar area in memory of the people who lost their lives due to the earthquake in the state in 2001.

He was in Delhi when that terrible earthquake happened. Prime Minister Modi also recalled that he returned to Gujarat the next day. He also said that the state of Gujarat was the first in the country to introduce the Disaster Management Act. During this journey he has initiated projects worth around 5000 crores.

“After the worst earthquake in 2001, I promised to develop this district. We are seeing its growth in 2022. Similarly, I promise today to make India a developed country by 2047. It will definitely happen,” said Prime Minister Modi.