I think playing at number 4 is great: Suryakumar Yadav 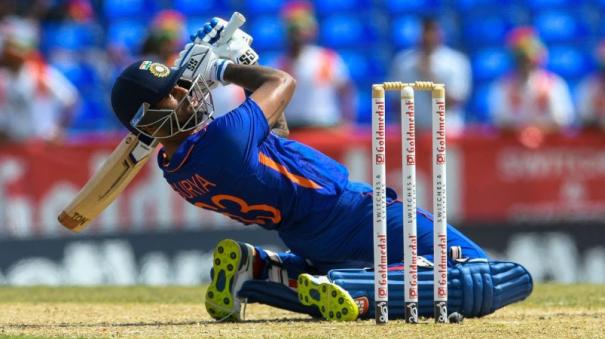 Suryakumar Yadav has said that it would be right for him to play as the fourth batsman in the batting order of the Indian team. He has been included in the Indian squad for the upcoming T20 World Cup series. He is adept at playing action and showing great fun.

The 32-year-old has played 13 ODIs and 28 T20Is for India in international cricket. He has scored a total of 1151 runs. Vlasi has 6 half-centuries and 1 century in T20 cricket. His strike rate in this form of cricket is 173.29. He has batted at various positions from opening batsman to batting at number five.

He has revealed that this is the best place for him to bat. Many people are commenting on who should be the opener in the Indian cricket team. In this case, he expressed his opinion.

“I want to bat everywhere. But I think it would be perfect to play at number four. It’s good for me too. Because between 7 and 15 overs I enjoy playing cricket a lot. At that point I’ll be positive. For me, I think the time from 8th to 14th over is very important in T20 cricket.

At that point I would avoid taking risks. I will hit the ball over the cover direction and run hard. It is challenging to play in the fourth place,” he said.