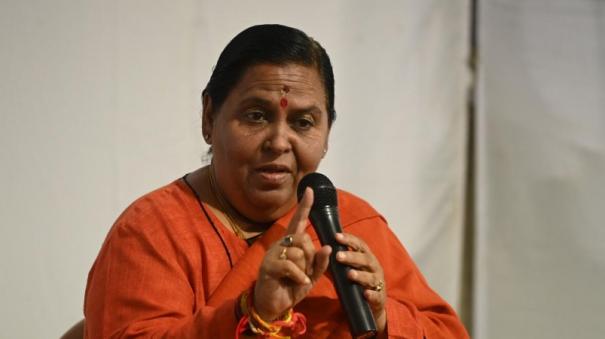 Joshimath: Former Union Minister and former Chief Minister of Madhya Pradesh Uma Bharti has said that the policymakers fear that Uttarakhand and the Himalayas will disappear one day.

Uma Bharti from Baja visited the city of Joshimath which is being buried in the ground due to landslides. Speaking to reporters then, he said, “Policy makers in Delhi have given new names to such projects. I fear that these policy makers will one day make Uttarakhand non-existent.

Jabardasth: That’s why you got out of ‘Jabardasth’.. Open singer Mano