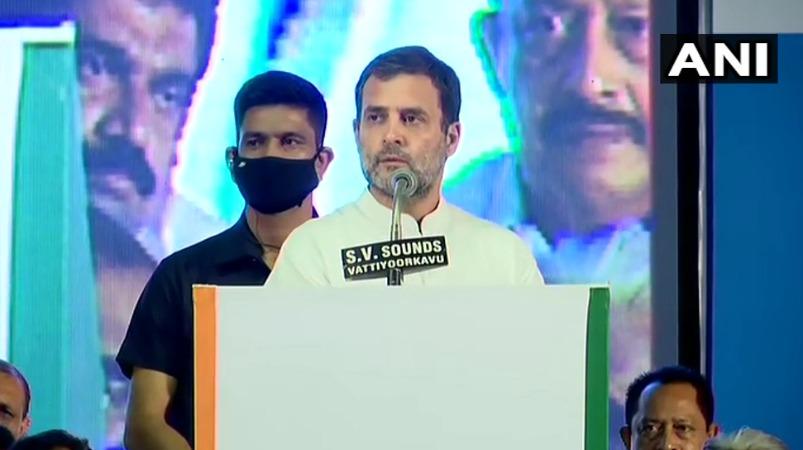 In this situation, the last 2 days in Kerala with the forthcoming general elections in the state Rahul Gandhi The tour continues.

Participated in a public meeting held yesterday in Thiruvananthapuram Rahul Gandhi Speaking, he said, “For the first 15 years of my political journey, I was the MP for the North. Therefore, I was accustomed to a different kind of politics. The sudden shift in political journey to Kerala was refreshing. The people of Kerala are deeply interested in social issues without being superficial. The people of Kerala are approaching politics subtly, ”he said.

Currently this issue is ruling BJP Has taken in hand. BJP There was strong opposition on the part. Rahul wins in Wayanad BJP Has been criticized.

“It simply came to our notice then. Such a political trend of hatred and revenge is reprehensible. Rahul did not only insult the people of Amethi. He divided the whole nation into two. Every civilian is a citizen of this country. Do this Rahul Gandhi To feel. No one can accept such bad politics. We strongly condemn this. “

Tunisia.. The Association of Judges calls on Said to guarantee the independence of the judiciary

Kovid vaccine for children over three years of age; Licensed by China

The Oscars 2021: Who is Carey Mulligan, actress of A promising young woman?

Pawan Kalyan did not want to be so friendly .. Everyone is talking on the phone: Adi Saikumar