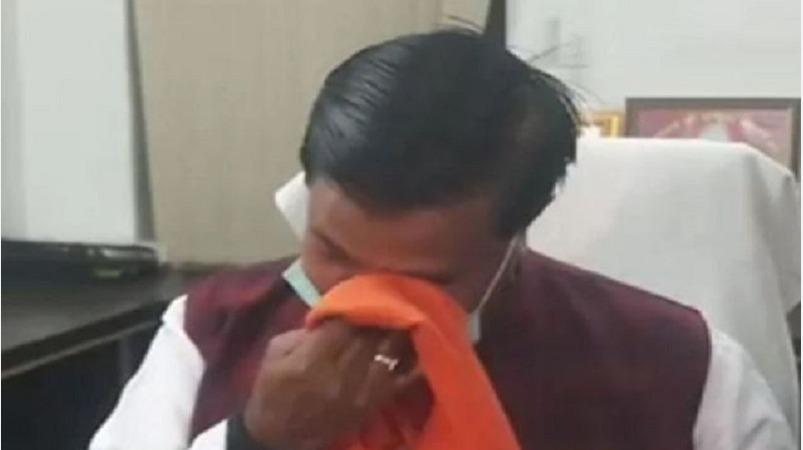 New Delhi: Because of the lack of opportunity to compete Mathura The main leader of the BJP has left the party. He also complained with tears that the party had lost policy and integrity.

Withdrawal from the party: Named after Rajesh Chaudhary, a young candidate in the Mand constituency of Mathura BJP Heels announced yesterday. Sharma’s supporters opposed this Mathura BJP Two days in front of the office Demonstration Are conducting. Thus, the most heartbroken Sharma, Basic member of the BJP He has announced his resignation today. In addition, tearful Malka reporters BJP Sharma has also been harshly critical of.

Sharma, who quit the BJP, said, “I have lost many crores of my assets by spending for the BJP so far. I have been disappointed that my leaders have always helped me by refusing to give me money for party work. I have been denied the opportunity to compete since 2009. For this, BJP The reason is that he has lost his policy and integrity. Major frauds are being committed in the name of Ram in this party. The public can no longer benefit from this party, ”he said.

Sharma has been a member of the Rashtriya Swayamsevak, the parent organization of the BJP, since 1980. He has since joined the BJP for party work. Following his resignation from the party, Sharma also tore down a large BJP banner in front of his house. His departure is expected to set back the BJP in Mathura.