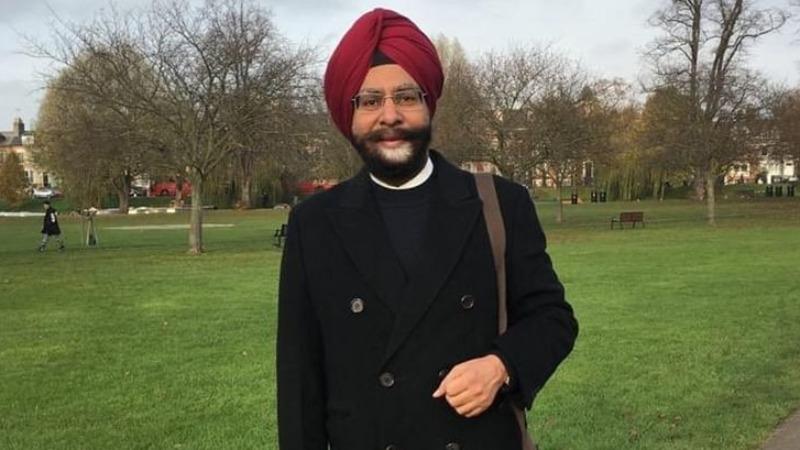 Amritsar: Known as the senior IAS officer of Tamil Nadu Jagmohan Singh Raju With his voluntary retirement yesterday, he has been declared the BJP candidate in the Punjab elections. Jagmohan Singh Raju, who was declared a candidate within hours of being given a voluntary retirement, is contesting the elections against Sidhu, who is the Congress’ Punjab state president.

In the capacity of Additional Chief Secretary to the Government of Tamil Nadu, he served as the Chief Commissioner of the Delhi Tamil Nadu House IAS officer Jagmohan Singh Raju Optionally retired yesterday. With more than a year to go before he retires, he abruptly wrote a letter to the Tamil Nadu government yesterday seeking voluntary retirement. In that letter to Stalin, the Chief Minister said, “The painful situation of my own state shakes my conscience. As a son who loves his motherland, I feel the need to do something for my state.”

Usually, a IAS officer If applying for voluntary retirement, 3 months of compulsory work is required. But the fate was relaxed for Jagmohan Singh Raju and he was given immediate retirement. Within hours of his resignation being accepted yesterday evening, he was declared the Amritsar East constituency candidate on behalf of the BJP. In Punjab’s star constituency of Amritsar East, Congress Punjab leader Navjot Singh Sidhu and Siromani Akali Dal leader Bikram Singh Majithia are already contesting. Currently, Jagmohan Singh Raju is also in the fray.

BJP has fielded a candidate Jagmohan Singh Raju He has spoken in detail about his political entry to ‘The Print’ site. It said, “I came to Tamil Nadu from Punjab in the 1980s. When I came to Tamil Nadu, Punjab was number one in all fields. But now Punjab is in a bad state of decline in all aspects like economic growth, agriculture and social justice. Tamil Nadu is in a high position and Punjab is in decline. So I want to work for the development of the state. I have been thinking of going back to Punjab for years. “

Speaking on the current political situation in Punjab, Jagmohan Singh Raju said, “Punjab is now beginning to lash out at the candidates if they go to the polls. None of them are talking about the development of Punjab. “

Raju, a 1985-batch IAS officer of the Tamil Nadu Cadre, joined the service as an IAS officer at the age of 22. His wife, Anu Singh, is a member of the Central Board of Direct Taxes. Raju, who has been an officer in Tamil Nadu for more than two decades, says there is a lot to learn from Tamil Nadu, from Periyar’s teachings to the history of self – esteem.

In a letter to MK Stalin seeking voluntary retirement, the chief minister said, “When Periyar’s birthday was declared a day of social justice, my conscience was shaken.” He is also flexible enough to follow in Stalin’s footsteps in serving the people.

He added, “Throughout my life I have been guided by the teachings of the Sikh Gurus and by the principles of Baba Saheb Ambedkar and ‘Periyar’ EV Ramasamy. Development has gone to the bottom, while Tamil Nadu has risen, ”the IAS officer said in the letter Jagmohan Singh Raju Mentioned.