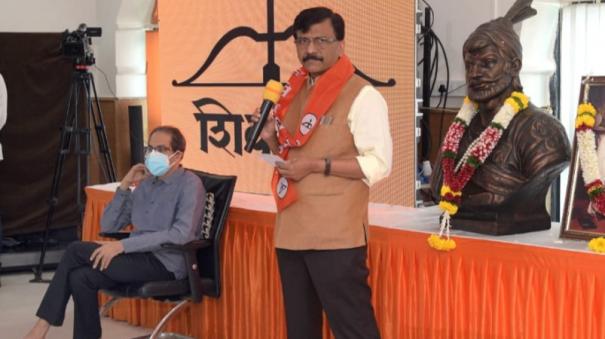 MumbaiShiv Sena MP Sanjay Rawat, who is considered to be very close to Chief Minister Uttam Thackeray, has been summoned by the Enforcement Department to appear before it on the 28th (today) amid continuing political turmoil in Maharashtra.

In Maharashtra, about 40 disgruntled MLAs, led by minister Eknath Shinde from the ruling Shiv Sena party, have raised the banner against the government. Supporters of Shinde have been urging the Nationalist Congress Party (NCP) to break its alliance with the Congress and form a coalition government with the BJP. This has caused a serious crisis for Uttam Thackeray. Sanjay Rawat, a senior leader of the party and a member of the state assembly, has sided with Uttam Thackeray at this critical juncture.

In this context, the Mumbai division of the Enforcement Department has summoned Sanjay Rawat to appear before it on the 28th (today) in a land fraud case. There were complaints of irregularities in the transfer of land worth Rs 1,034 crore. The Enforcement Department has registered a case against Sanjay Rawat under the Anti-Money Laundering Act. It is noteworthy in this case that some of the assets owned by Rawat were frozen last April.

Commenting on this, Sanjay Rawat said, “The enforcement department has sent me a summons. Is good. The biggest political crisis has occurred in Maharashtra. We, the volunteers of Balasaheb, are fighting against this. This is a conspiracy to disable me. I will not be afraid to cut off my head. I will not follow the Guwahati route to escape from this. I can be arrested. ”

Shinde-led disgruntled MLAs are staying at a hotel in Guwahati, Assam. The Shiv Sena has accused the BJP of being behind this.