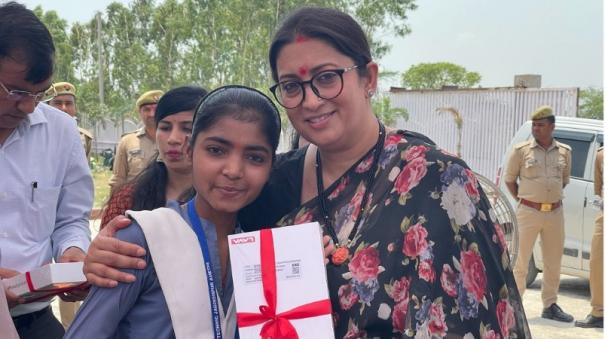 Amethi: “Union Minister Smriti Irani has assured the Amethi student that he will make arrangements to visit ISRO.

The minister then asked Neetu Maurya, a student of Jagdishpur Polytechnic, what he wished for in the future. The student said he wanted to work as a scientist at ISRO.

Commenting on this, Minister Smriti Irani said, “Student Neetu has expressed her desire to become a scientist. I will take that student to ISRO next month. In the future, you will bring glory to the people of Amethi. ”