I will tell Modi that we cannot be controlled by the new Border Security Force Act: Mamata Banerjee 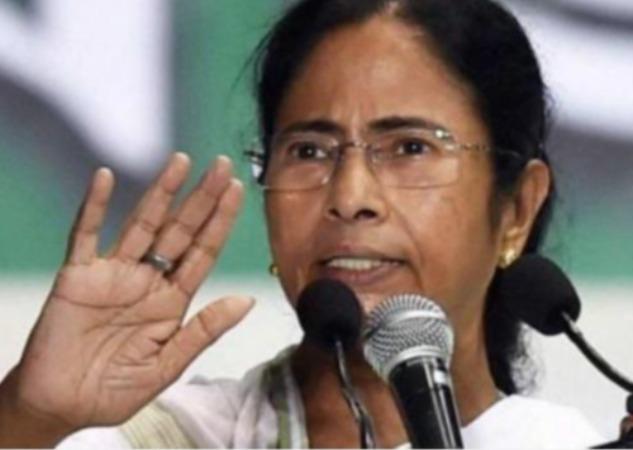 The West Bengal Chief Minister said he would talk to Modi that he could not control us through the new Border Security Force Act Mamta Banerjee Said.

On October 11, the Union Home Ministry announced that the law would be amended to increase the range of the Border Security Force, which is stationed at international borders, from 15 km to 50 km.

Against this the Punjab Legislative Assembly (BSF) has passed a resolution in its Assembly against the law.

On November 17, the West Bengal Legislative Assembly passed a resolution against the October 11 order of the Union Government extending the jurisdiction of the Border Security Force in Punjab, West Bengal and Assam.

Interview at the airport

In this situation, the Chief Minister of West Bengal and the leader of the Trinamool Congress Mamta Banerjee He left for New Delhi on Monday on a four-day state visit.

Before leaving for Delhi in the afternoon, he told reporters at the Kolkata airport:

Chief Minister of West Bengal Mamta Banerjee When he met Prime Minister Narendra Modi in Delhi on Wednesday, he said he would raise strong objections to extending the Border Security Force (BSF)’s jurisdiction in the state from 15 to 50 km from the international border with Bangladesh. I will never allow them (the center) to control us. Law and order is state-related. We have respect for the Border Protection Act, but we will not allow it to control our territory. BJP uses central agencies to maintain its power

In the meeting with the Prime Minister, I will also raise issues related to the development of West Bengal. The attacks on his party volunteers in Tripura ahead of the November 25 local body elections are worrying. There is no democracy in BJP-ruled Tripura. This is a farce in the name of elections. Burns about Tripura. Sayoni Ghosh, the leader of our party’s youth wing, was arrested yesterday on a charge of attempted murder.

Our supporters were attacked twice inside the police station. Where is the National Human Rights Commission now? After reaching Delhi, I will meet my MPs who are protesting outside Amit Shah’s office. The Union Home Minister refused to meet them.

I will not take part in the struggle, but only show support for our MPs. They wanted to fight outside Shaw’s house but I stopped them due to security concerns. He (Shah) is the BJP leader but he sits in the chair of the home minister. We have the right to talk to him.

Is there no investigation?

Attacks on Trinamool supporters are being carried out in Tripura and what is being investigated. But the National Human Rights Commission’s inquiry into post – election violence in West Bengal took place immediately. In fact, we have not stopped any BJP leader from campaigning in West Bengal in the recent assembly elections. There was a small incident involving the convoy of J. P. Natta and all the commissions came to West Bengal.

False news was spread against us on social media. People will retaliate for everything that is going on in Tripura.

It is unfortunate that they (BJP) did not even follow the Supreme Court order. Fear of BJP. But it will eventually be defeated. Seeking justice in the Tripura violence case does not end with Tripura. It will be raised in Mumbai, Delhi and all over India. ”