IAEA: We have difficulty reaching the Zaporizhia station 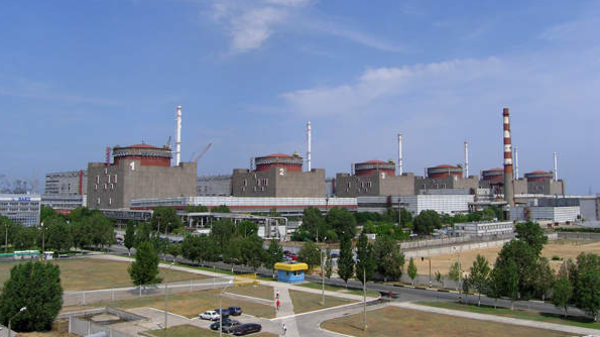 “The IAEA is aware of recent reports in the media and elsewhere, which indicate a deteriorating situation for Ukrainian employees at the country’s largest nuclear power plant,” a statement from the Vienna-based UN agency said.

She also added that she was “increasingly concerned about the difficult conditions employees are facing,” noting “the need for her to get there as soon as possible to address this and other urgent issues.”

On June 7, Ukraine refused the visit of the Director-General of the International Atomic Energy Agency, Rafael Grossi, to the Zaporizhia nuclear plant (south), as long as it was occupied by the Russians, as announced by the Ukrainian company operating the nuclear plants.

“Ukraine did not invite Grossi to visit the Zaporizhia station, and previously refused him to make such a visit,” the company, Energoatom, wrote on the Telegram app, adding that “a visit to the station will only become possible when Ukraine regains control of the site.”

Grossi said at the time that the agency was working on sending an international mission of experts to the Russian-controlled nuclear power plant in Zaporizhia.

It is noteworthy that in early March, Russian forces took control of this station located in the city of Energodar in southern Ukraine.

The clashes that took place there raised the international community’s fears of a nuclear catastrophe similar to the one that occurred in 1986 in Chernobyl.