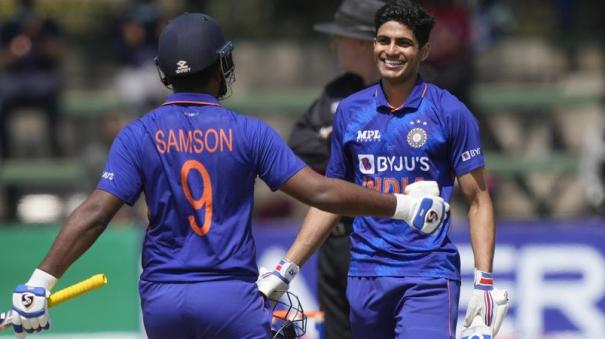 Dubai: Subman Gill, the young batsman of the Indian cricket team, has moved up 93 places to rank 38 in the International Cricket Council’s ODI batting rankings. He had recently performed brilliantly in the ODI series against Zimbabwe and West Indies.

Similarly, Zimbabwe batsman Sikandar Raza has also improved by 7 places and is ranked 25th. Pakistan captain Babar Azam is at the top of this ranking.