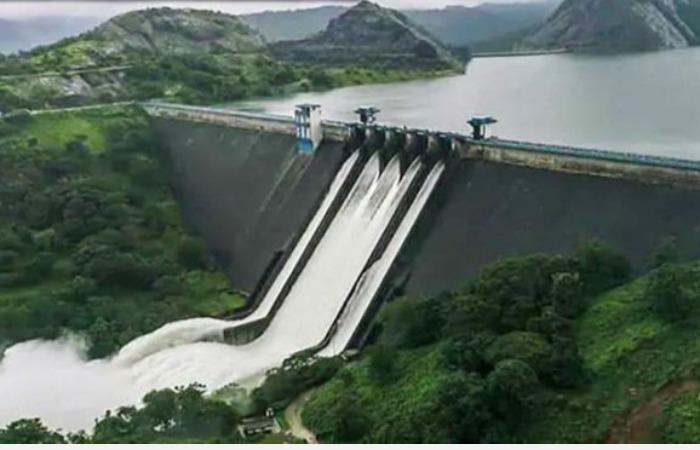 With heavy rains in Kerala Idukki Dam The water is open after 4 years of overflowing.

Depression has formed in the southeastern Arabian Sea over the past 10 days. Due to this, it rained widely in Kerala. Due to cloudburst over the last few days Heavy rain Pours. Out of the total 14 districts in Kerala, 11 districts have been severely affected by the rains. The landslide affected Kottayam and Idukki districts.

10 dams located in Pathanamthitta, Idukki and Thrissur districts have reached full capacity. In Kerala till the 24th Heavy rain The Met Office has warned that it could rain. Due to this a red alert has been issued in the areas of 10 dams. A further 8 dams have been issued with orange warnings.

Due to heavy rains in the catchment areas Idukki Dam Is overflowing. Three days ago Idukki Dam The water level rose to 2,391.36 cubic feet. Since then, the dam’s water level has risen to 2,397 cubic feet due to continuous rains.

The Idukki district administration had said that the dam would be opened when the water level reached 2,398.85 cubic feet. At this stage Idukki Dam The water is open after 4 years of overflowing.

Continuing series in Kerala Heavy rain Due to Idukki Dam As it is filling up, 30,000 cubic feet of water is released in the first phase.

For the fifth time in history, water has been released from the Idukki Dam built across the Periyar River. The Revenue Department has warned people living along the Periyar coast to be safe as heavy rains are forecast in the catchment areas.