If BJP makes any further wrong comments, it will be tantamount to insulting PM Modi: Muslim Personal Law Board 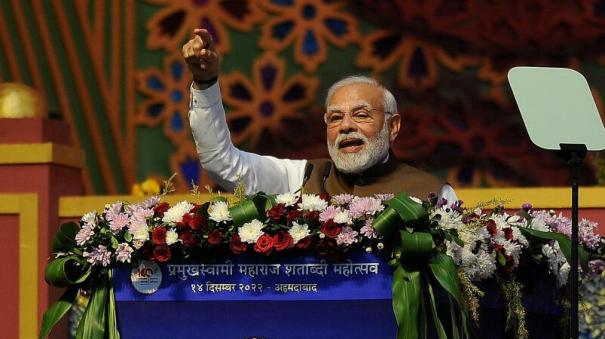 New Delhi: It has been reported that Prime Minister Narendra Modi has asked people to refrain from making unnecessary comments about Muslims. Thus, the All India Muslim Privacy Board has commented that if the BJP people continue to make wrong comments about the Muslim community, it will be tantamount to insulting Prime Minister Modi.

A two-day meeting of BJP’s national executives was held last Monday. 350 leaders including all state leaders, 12 chief ministers and 5 deputy chief ministers participated in it. Prime Minister Narendra Modi, who attended the meeting with them, addressed his party members. At that time, he had advised his party members to avoid making unnecessary comments on minority Muslims.

This information was also confirmed by former Union Minister Mukhtar Abbas Naqvi who spoke to the press in Delhi. Subsequently, the All India Muslim Personal Law Board has commented on Prime Minister Modi’s instructions.

Kamal Farooqui, a senior member of the All India Muslim Personal Law Board, says, ‘On behalf of the board, I welcome the instructions given by Prime Minister Modi to his party. I believe that this opinion of the Prime Minister will have a good effect. Even after this, if BJP people make wrong comments about Muslims, it is tantamount to insulting Prime Minister Modi.

I also request our Union Home Minister Amit Shah to take strict action against those who are making such wrong comments. Similarly, if Muslims make wrong comments against Hindus, action can be taken against them. As the Prime Minister is common to all, we respect his opinion very much,” he said.

Since the formation of the BJP-led central government in 2014, there have been many controversial comments on the minority Muslims. These are mostly said by Hindutva organizations including BJP. With Lok Sabha elections coming up in 2024, the BJP leadership has decided to continue its rule for a third term. It is believed that Prime Minister Modi has issued an instruction on Muslims as part of this effort.