If GST is brought in, petrol will cost Rs 75 per liter and diesel Rs 68 per liter; Political parties have no interest in the SBI Bank study 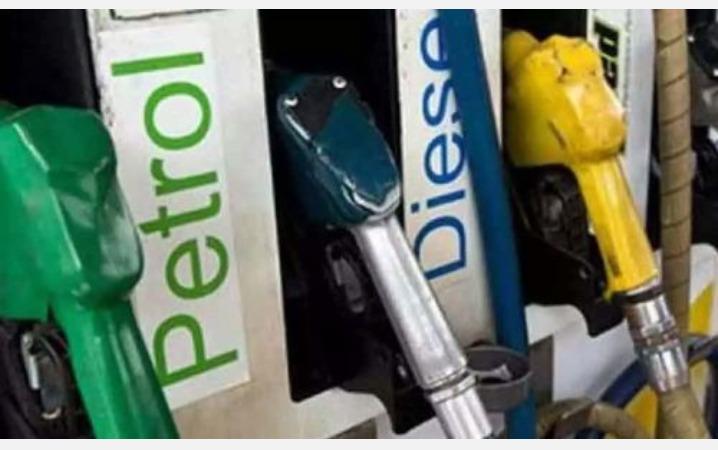 If petrol and diesel are brought under GST, Petrol Rs 75 per liter Diesel It will be reduced to Rs.68. But economists at the State Bank of India say they do not want to do it politically.

Gasoline prices rise in international market Diesel The price had been rising daily for the past two weeks. In Rajasthan and Madhya Pradesh, prices continued to rise for 12 consecutive days Petrol The price is Rs.100 per liter. Diesel The price increased to more than 88 rupees.

Some states, including Assam, Tripura and Meghalaya, have reduced taxes to ease the burden of rising prices. There is a perception that if petrol and diesel are brought under GST, prices will go down.

SBI has released a study by a panel of economists. It says:

Petrol, Diesel Fuel GST tax It has long been demanded that it be brought into the system. If you bring petrol within the GST tax Petrol Rs 75 per liter Diesel It could be as low as Rs 68.

However, if petrol and diesel are brought under the GST, the tax revenue of the central and state governments will be severely affected. In particular, the tax revenue loss will be 0.4 per cent of GDP or Rs 1 lakh crore. This estimate was made when the price of crude oil was $ 60 a barrel.

Currently, every state imposes a different tax on petrol and diesel. The federal government alone levies excise tax and cess tax on its stock. Thus in a few states Petrol The liter has crossed 100 rupees.

Petrol, Diesel It has long been suggested that fuel should be brought under the GST tax. But it has been lying dormant politically unwilling to implement this. This is because petrol is a source of tax revenue for the central and state governments. Diesel And are reluctant to bring it under the GST tax because crude oil is an important factor.

Currently petrol, Diesel Excise tax, chess, VAT, surcharge, transport charges levied by the Central Government on Diesel The price goes up drastically when it is sold along with the commission inclusive.

Assuming that GST is brought under the tax, the transport charge for diesel will be Rs 7.25 per liter and Rs 3.82 per liter. Diesel The commission is Rs 2.53 per liter for diesel and Rs 3.67 per liter for petrol. In addition, the central government will split the cess tax levied at Rs 30 on petrol and Rs 20 on diesel. GST tax 28 percent may be sold. from this Petrol Rs 75 per liter Diesel It may also come down to Rs 68 per liter.

When the price of crude oil rises one dollar in the international market, Petrol The price is 50 paise per liter. Diesel 1.50 per liter will increase. But, if all these are brought under the GST tax, it will be from the price that consumers are currently buying Petrol , Diesel price will be reduced by Rs 30 per liter. At the same time, there will be huge losses in tax revenue for the central and state governments.