Ihab Galal: Training the Egyptian national team is a difficult task..and we are waiting for support 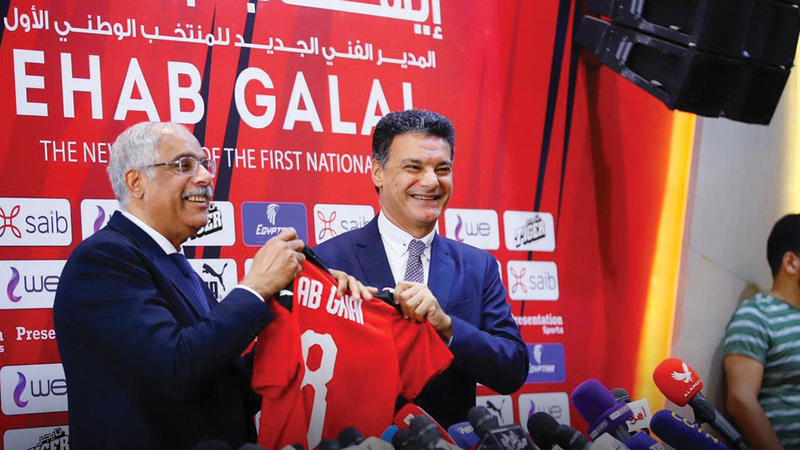 The new coach of the Egyptian national football team, Ihab Galal, said that he understands that there are some opinions criticizing his assumption of the national team’s coaching, indicating that he respects these opinions, but at the same time he demanded that the team and the technical staff be supported in the coming period.

He added in a press conference to be presented to the media, yesterday: “We are on a national mission that is a task and a difficult and honorable responsibility. We have a great responsibility. We will strive with full force to be crowned with success. I was honored to be the technical director of the Egyptian national team, and to succeed a very great coach, who is the Portuguese Carlos Quiros, who He achieved achievements by qualifying for the final of the African Nations, and was close to qualifying for the World Cup.”

He explained that he would work on what the previous technical staff had achieved, and the players selected in the last period would be his core.

He continued, “We do not have much time to prepare, after a few days the continental qualifiers for the 2023 African Nations Championship will start, and 40 non-professional players will be selected after two weeks, and priority is given to the ready player who plays mainly with his team, whether he is a professional or plays inside Egypt, there will be no changes. Except for those injured or not playing.

The Egyptian team will meet in the African Nations Qualifiers campaign with Guinea and Ethiopia in the first and second rounds of Group D, scheduled for the second and sixth of next June.