IMF: Inflation in Saudi Arabia is low for these reasons 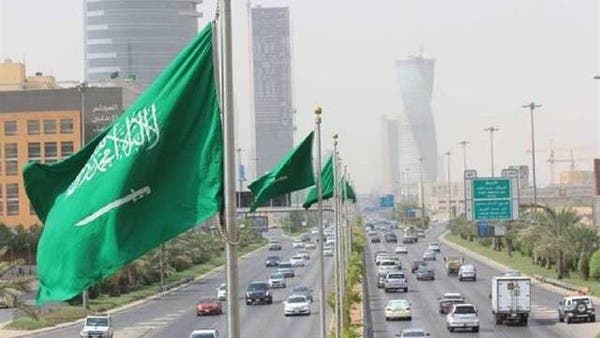 According to the statement, the Fund expected the Kingdom’s GDP to grow by 7.6% in the current year 2022 AD, non-oil growth to rise to 4.2%, and an increase in the current account surplus to 17.4% of GDP, as well as containing overall inflation at 2.8% on average.

The statement indicated that the Kingdom has succeeded in dealing with the Corona Virus (Covid-19) pandemic, stressing that it is in a favorable position to overcome the risks posed by the war in Ukraine and the monetary policy tightening cycle in advanced economies, noting that its economic activity is witnessing a strong improvement supported by The rise in oil prices and the reforms undertaken by the government within the framework of Vision 2030. The limited impact of tightening global conditions thanks to the strong levels of capitalization enjoyed by the banking sector.

She also affirmed that the Kingdom’s economic prospects are positive in the short and medium term with the continued recovery of economic growth rates, containment of inflation, and the strength of its external economic position will increase, stressing that its continued implementation of structural reforms will help ensure a strong, comprehensive and environmentally friendly recovery, noting that the Kingdom is recovering strongly in the wake of The recession caused by the pandemic, indicating that the liquidity support, the support provided by the public finances, the momentum of reforms, the rise in oil prices and the increase in its production helped the Kingdom to recover, and that the overall growth witnessed a strong boost, reaching 3.2% in 2021 AD, driven mainly by the recovery of the non-oil manufacturing sector and the retail sector (including e-commerce) and the commercial sector.

As for inflation, the report said that its remaining low at 2.3% so far is due to setting a ceiling on gasoline prices and subsidizing basic commodities, in addition to the strong dollar and lower rents.

The statement referred to the increased participation of citizens in the labor force; And a decrease in the unemployment rate to 11%, a decrease of 1.6 percentage points from 2020, as a result of the high rates of employment of Saudi citizens, especially women, in the private sector.

With regard to fiscal policy, the mission welcomed the Kingdom’s commitment to maintaining the sustainability of public finances and the efforts made to avoid keeping pace with the trends of the economic cycle by setting a spending ceiling that is not affected by fluctuations in oil prices. The fund experts also expected that the public financial performance in 2022 will exceed the budget expectations, and the debt-to-GDP ratio will decline.

The mission also confirmed that the risks of financial stability are well contained, as the levels of profitability, liquidity and capitalization are good at the level of the banking system. The mission also expected that the impact of the further tightening of global monetary policy would be limited on credit growth and non-oil GDP, and positive on the profitability of the banking sector.

A professor of finance and investment at Imam Muhammad Makni University said that the IMF report indicates an improvement in the Saudi economy’s numbers, and that it is not affected much by the repercussions of the Russian-Ukrainian war, or the acceleration of global inflation.

Al-Makni added, in an interview with Al-Arabiya, that a large number of countries are still suffering from the repercussions of the Corona pandemic, while the Saudi economy differs depending on economic reforms and Vision 2030 programs.

The final statement of the International Monetary Fund experts touched on the Kingdom’s efforts with regard to climate policies, which they described as “encouraging”, stressing that the government is working to intensify investments in the production of blue and green hydrogen, in addition to its continuous efforts in research and development with a focus on the circular carbon economy.

It is noteworthy that the contents of the International Monetary Fund experts statement confirm the strength of the Kingdom’s economy and the strength of its financial position, and also reflects the great effort made by the government in advancing its economic reforms in light of the Kingdom’s Vision 2030, including improving the business environment, simplifying regulations and digitizing government operations, in addition to its work on A wide range of projects in a number of sectors, including infrastructure, logistics, entertainment, tourism and mining, in addition to the great efforts made by the government in the financial sector to support financial technology.