IndiaImpact of full blockade on agricultural laws in Punjab, Haryana and Delhi
India 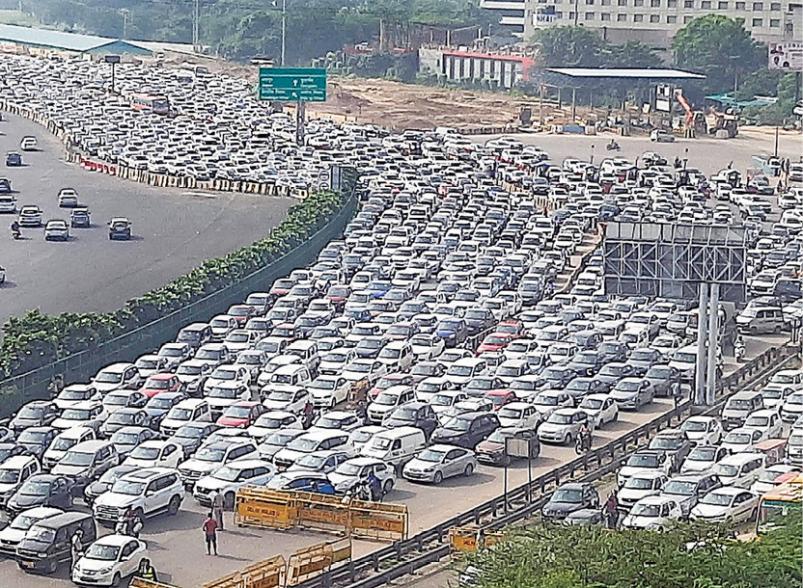 The normal life of the people in Punjab, Haryana and Delhi was affected by the complete blockade of farmers.

The federal government passed 3 agricultural laws in September last year. Belonging to states including Punjab, Haryana and Uttar Pradesh against these laws Farmers Have been waging a series of struggles. In Delhi on the last Republic Day Farmers Violence erupted at the tractor rally. The removal of the national flag at the Red Fort and the hoisting of the Sikh flag caused great controversy.

Numerous complaints have been lodged with the National Human Rights Commission alleging that the normal life of the public is being affected by the farmers’ struggle. The commission has sent notices to the governments of Delhi, Uttar Pradesh, Haryana and Rajasthan for comment. The Commission has directed the Chief Secretaries of 4 states and the Chiefs of Police to take steps to ensure that the normal life of the people is not affected.

Against this background the nationwide protest on Sept. 27 against the new agricultural laws shut down The Samyukta Kisan Morcha, a federation of farmers’ unions, called for a strike.

Accordingly across the country Farmers Yesterday shut down Engaged in a struggle. Besieging the border areas of the capital Delhi Farmers Traffic was completely paralyzed as the protest lasted for 10 hours.

Shops were closed in Punjab and Haryana. School and colleges are not functioning. The functions of government offices were also paralyzed. Struggles in both states including road blockade, train blockade, seizure of toll booths Farmers Conducted. Due to this the normal life of the people was affected.

Bharatiya Kisan Sangam spokesperson Rakesh Dikait said, “Our full-fledged struggle has been a huge success. Farmers Took part in the struggle. We fought in a peaceful way. There was no disturbance to the public. Sorry for the traffic jam in Delhi. We are ready to negotiate with the Central Government. But so far no talks have taken place. “