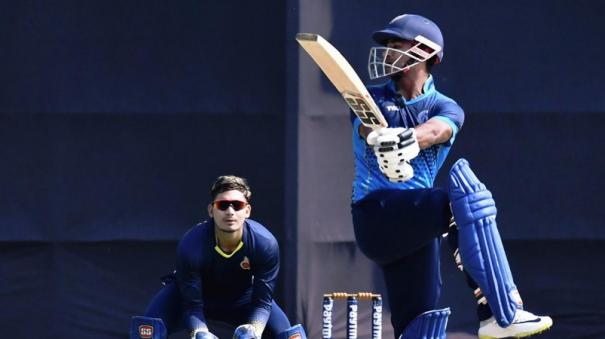 The Board of Control for Cricket in India (BCCI) is planning to introduce a new rule called ‘Impact Player’ in domestic T20 cricket series and IPL. It seems that this new rule will create a new kind of interest in T20 cricket among the fans. Former Indian team coach Ravi Shastri also spoke about this recently.

Existing Rule: Cricket matches are played with 11 players per team. The details of these 11 players will be announced by the teams playing in that match at the time of the toss. These 11 players are allowed to bat and bowl. Among these 11 players, substitute players can be used to field if they need rest only while fielding. This is the current rule.

New Rule: BCCI has brought a change in the existing rule. That means the teams have to announce the names of four substitute players along with the list of 11 players announced at the time of the toss. Teams can select any one of those four as an impact player. The BCCI has reportedly said that under this rule, teams must use an impact player before the end of the 14th over of an innings.

It is reported that the BCCI has also sent a circular to the state cricket associations in this regard. This rule is not new to the world of cricket. It has been used in league series under various names. However, this rule has not yet been introduced in the international arena.

The rule is being tested under different names in league series like Big Bash League, Legends League Cricket which started in India yesterday. This seems to add interest in T20 cricket among all the spectators as well as the players.

This allows teams to get an extra batsman or bowler. It’s almost like a rule in football where substitute players are fielded and played. True to its name, the game is also impactful.

Yuzvendra Chahal will take the field in the 2nd innings as a concussion substitute. Jadeja is currently being assessed by the BCCI Medical Team. #TeamIndia #AUSvIND pic.twitter.com/tdzZrHpA1H

By December 2020, the Indian cricket team toured Australia and played. Jadeja batted in the first innings and scored 44 runs off 23 balls. A ball bowled by Aussie player Mitchell Starc in that innings hit his helmet. Jadeja would have collapsed on the field due to his unsteadiness. After that Sahal will play as his replacement in the second innings. It was called concussion substitute. Sahal will take 3 wickets in that match. Both of them will help the Indian team win. This is almost a similar move.

A workshop discussing the unification of arbitral awards in similar cases