Implementation of a strange will requested by Pele .. He will watch Santos matches for life after his death (photos) 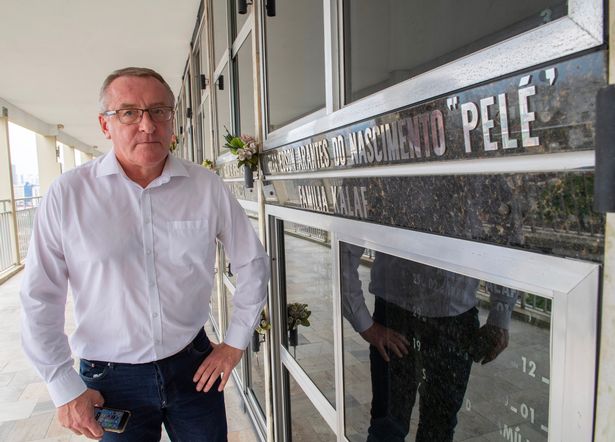 The British newspaper Mirror revealed that a strange will was requested by the late Brazilian legend Pele before his death, which will be implemented on Monday after his funeral in Brazil.

She pointed out that the Brazilian legend wrote this request in his will so that he could see the Urbano Caldera stadium, which hosts the matches of his former team, Santos.

She added that the cemetery of the 3-time world champion on the ninth floor will directly overlook the stadium that witnessed his brilliance and his rise to become one of the most prominent football legends throughout history.

And she concluded that the coffin in which Pele’s body will be placed during the funeral will be pure gold and will contain many carvings and engravings of iconic images that the Brazilian star is famous for.