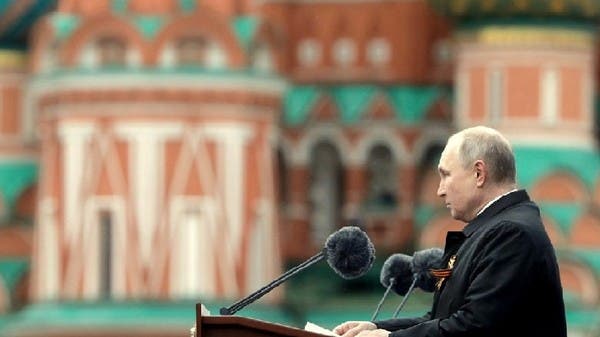 Most notably, Russian leader Vladimir Putin’s speech on Victory Day in Moscow on Monday was that he ignored what cannot be ignored, by not talking about any victory of any kind in Ukraine, nor providing an assessment of how the war broke out. He also did not announce any general mobilization in Russia, as many expected, and did not say that the “special operation” had turned into a war. Rather, he did not mention Ukraine by name at all, according to what Western media outlets concluded. They brought his speech to the morgue, and analyzed that the 69-year-old president, More losses are expected in a war that will last a long time.

British journalist Michael Binyon, who holds the “rank of the British Empire” and correspondent for the newspaper “The Times” and its analyst from Moscow, Berlin, Washington and some Middle Eastern countries, according to what “Al-Arabiya.net” summarizes his career, is the most prominent one who analyzed the Putin’s speech, explaining today in the newspaper that it contains Great focus on Russia’s history, culture, customs and traditional values ​​”and it also seemed to evoke its Orthodox faith, having already received the blessing of the Russian Orthodox Patriarch,” he said.

Despite the crowds of the second most powerful army in the world, it was not able to occupy Mariupol, where the population is only 430 thousand, and a photo of journalist Michael Binion

The journalist stated that Putin “tried to link the war in Ukraine with Russia’s struggle for its freedom and spirit in previous eras and the defense of the motherland,” which is a strong message now as it was in World War II, so he likened it to Nazi Germany’s aggression against Russia, and cited patriotism, heroism and sacrifice made by the Russians. During the World War he rallied his countrymen for what seemed to be a long distance in the Ukrainian Donbass.

In his speech, Putin did not provide any update on Russia’s losses, which had previously been officially announced as nearly 1,000 dead, while Western intelligence estimates it to be more than 15,000 at least, and instead spoke of his “common grief” for the deaths of every soldier and officer “in an apparent attempt to calm public anxiety And he promised that the state would provide allowances for their families, which is a clear indication that he expects more losses in a war that he sees will continue for a long time.

He didn’t say a word Mariupol.

Journalist Binion also said that the whole speech “was addressed to a domestic audience to justify a process that cut Russia off from the world, and left millions of its people confused about it and themselves. It also gave little hint of its goals, and how the Kremlin can compensate for the strategy faltering and humiliating military failures, or how Russia would replace so much lost equipment with an operation that would not have warned the West of what it might do now, since he did not mention a word of Mariupol or any battlefield in Ukraine, with the exception of Donbass, which he claims is historical Russian territory.

In his speech, he did not provide an update on Russia’s losses, or mention how it would replace much of the equipment it lost

Binion considered that the speech was defensive, indicating the lack of new and serious thinking in the Kremlin, and that the speech was largely prepared to justify Putin’s previous challenge to NATO, as it does not portend any escalation in the future. But the fact that mobilization is not mentioned does not mean that it was not planned or will not be implemented soon, should the troop shortage become acute.