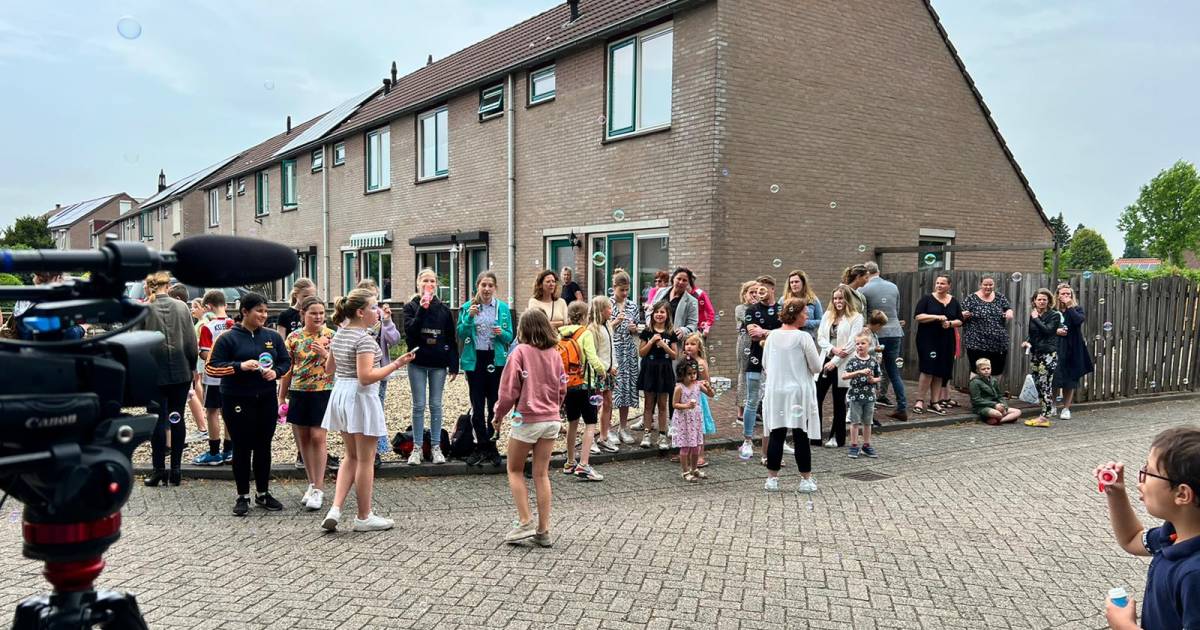 Dozens of people gathered in Geldermalsen this afternoon to pay a final tribute to Anna (38) and Dani (6), the mother and son who died in Geldermalsen last week. People will soon join a guard of honor of children at Dani primary school, where the funeral procession will pass.

Read on below the tweets.

The school set up a memorial to commemorate the loss of the student and last week organized a get-together for the parents.

Read on below the photo.

Lighting a candle in church

There was also room in the Centrumkerk in Geldermalsen to reflect on the drama: for those who wanted to, the church opened its doors on Wednesday afternoon and evening and there was room to light a candle, among other things.

The funeral of mother and son is this afternoon in Tiel. It will take place privately.

Dani and Anna were found lifeless in their house on Emmalaan in Geldermalsen on Monday morning after a fire raged earlier that morning.

The father of the family was suspected of a double murder and arson. He was arrested at Paderborn in Germany and brought before the court there. He was detained pending his surrender to the Netherlands, but was found in his cell on Thursday morning after attempting to take his own life. He was in hospital for several days in critical condition, where he died on Sunday.

“Due to his death, criminal prosecution against the man is no longer possible, but the criminal investigation by the police into the incident in Geldermalsen will continue for some time,” the Public Prosecution Service East Netherlands said earlier.