Imran..Houthi gunman kills his father and hides his body 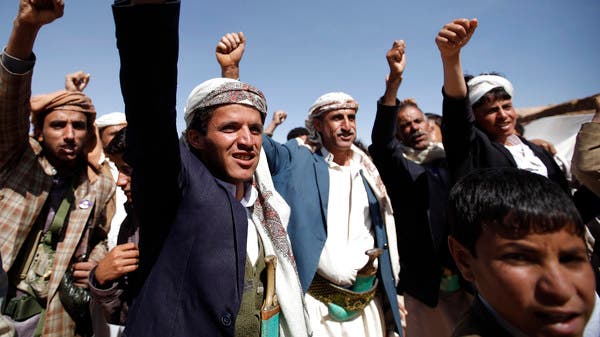 A gunman affiliated with the Houthi militia killed his father in Amran Governorate, northern Yemen, in an indication of the escalation of killings of relatives in Houthi-controlled areas as a result of the mobilization.

And local sources reported that a Houthi gunman named Faisal al-Shatibi killed his father and hid his body, last Wednesday, before it was later found.

The sources indicated that the gunman, who belongs to the Houthi militia, participated in the sectarian courses held by the militia and participated with it on the fighting fronts before returning and killing his father.

Many of the Houthi-controlled areas are witnessing many killings carried out by gunmen affiliated with the group, and the relatives and relatives of these elements are victims.

Monitoring reports by human rights organizations, Yemeni news sites and activists on social media recorded a large number of crimes committed during the previous years in Amran Governorate, but what caught the attention of observers, observers and those interested in human rights were the specific crimes of killing relatives.

Human rights reports monitored the commission of nearly “21 murders of relatives” in Amran governorate during the previous years, and half of this number of crimes were committed in the first half of this year 2022, in a dangerous indication of the increase in this phenomenon.

Among these crimes is what happened in Al-Asha district in Al-Sawad region, where the Houthi element, Abdul Rahman Saleh Khamusa, hanged his pregnant wife to death, to record the murder of the wife with her fetus without knowing the reasons that prompted him to commit that crime.

The Houthi leader, Khaled Al-Ansour, also killed his mother and brother, Muhammad, and wounded others, after a dispute with his brother over the place of residence of their mother.