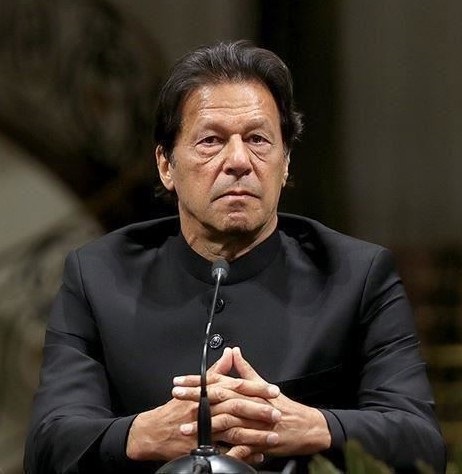 The Prime Minister of Pakistan, Imran Khan, was awarded the International Sports Personality Award, as part of the 11th Mohammed bin Rashid Sports Creativity Awards, which was announced today, in the presence of His Highness Sheikh Mansour bin Mohammed bin Rashid Al Maktoum, Chairman of the Dubai Sports Council.

The shortlist included 28 local, Arab and international personalities among the 409 who were nominated for the various categories of the award, an increase of 14% over the previous edition of the award. They will be honored during a ceremony to be held on the ninth of next January, at the headquarters of (Expo 2020 Dubai). Imran Khan was chosen in recognition of his efforts to place Pakistan among the world’s strongest cricket teams, and his leadership of his country to the World Cup title in 1992.

Among the other most prominent awards, the Arab Sports Personality Award was awarded to Sheikh Joaan bin Hamad Al Thani, President of the Qatar Olympic Committee, in appreciation of the achievements of Qatari athletes during the Olympic Games in Tokyo 2020, and Qatar’s hosting of many international sporting events at the level of all sports.

Al-Jazira international player, Ali Mabkhout, won the Sports Personality Award for achieving historical achievements and figures at the local and international levels, becoming the historical top scorer for the UAE team with 78 goals.

And he shared the award for the best local coach, Abdulaziz Al-Anbari, for winning the league title with Sharjah in the 2018/2019 season, and Abdul Hamid Ibrahim, for achieving 58 titles in his basketball training career.

The local administrator award went to Anas Nasser Al-Otaiba, for winning the presidency of the Asian Federation and the position of Vice-President of the International Boxing Federation, while Ahmed Mohammed Al Hammadi was chosen as the best local referee after being chosen as head referees in the International Weightlifting Federation, and the UAE national team was awarded the title of the local team, and the Foundation for Zayed Higher Organization for People of Determination, Best Local Institution Award.