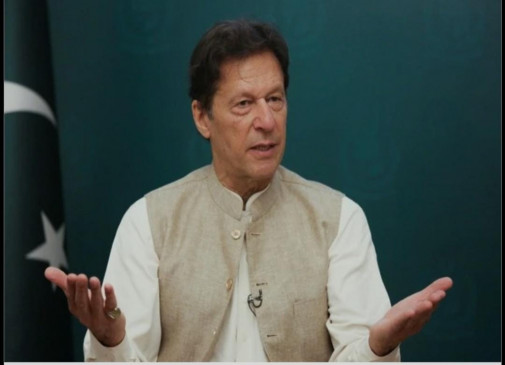 digital desk, New Delhi. The News reported that Pakistan’s Prime Minister Imran Khan said that his government would support Chinese businesses in the country on a priority basis.

He was speaking during a meeting with a Chinese business delegation led by Chen Yan of Challenge Fashion (Pvt) Ltd in Islamabad.

Khan was quoted in the report as saying that Pakistan and China have not only been connected in the past and present but they will also remain connected for our future generations. We appreciate the valuable people-to-people ties between the two countries.

The report said that he directed the concerned authorities to facilitate all Chinese investors, who are setting up industries in Pakistan, on an emergency basis by resolving the issues related to the provision of road connectivity and utilities.

Earlier, the Prime Minister was informed that Chinese businessmen are almost ready to start operations in the glass, ceramic and information technology sectors.

According to the Prime Minister’s Office, Oppo, one of the world’s leading technology makers, is setting up a local mobile manufacturing unit and a research and development center in Pakistan.

This will not only save a lot of foreign exchange reserves on import of smart phones annually but will also create employment opportunities for technical graduates.