In 7 minutes .. Juventus turns its loss against Roma into an exciting victory 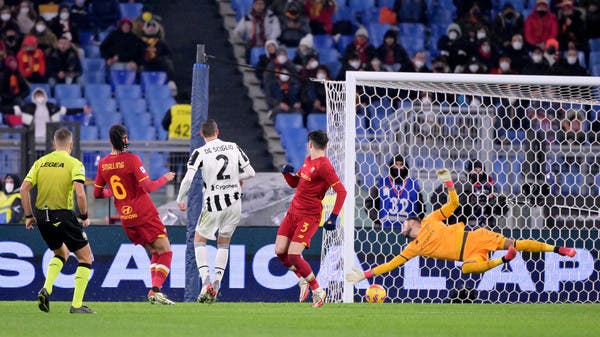 Juventus scored three goals in the second half to rise to a 4-3 win over AS Roma in Serie A at the Olympic Stadium on Sunday and will be credited with goalkeeper Wojciech Szczesny, who saved a penalty near the end after fellow defender Matthias de Ligt was sent off.

Tammy Abraham and Paulo Dybala scored for each team in the first half, but the hosts advanced 3-1 thanks to goals by Henrikh Mkhitaryan and Lorenzo Pellegrini at the start of the second half.

Juventus equalized with Manuel Locatelli and Dejan Kulusevsky in two minutes before Mattia Di Sciglio gave them a 4-3 lead in the 77th minute. Roma got a penalty while De Ligt was sent off for a second yellow card for handball nine minutes from time.

And Szesni, the former Roma goalkeeper, managed to save Pellegrini’s penalty kick. Juventus raised its score to 38 points in fifth place, six points ahead of Roma, eighth.