In a coalition raid, the first Houthi operations man was killed in Al-Bayda 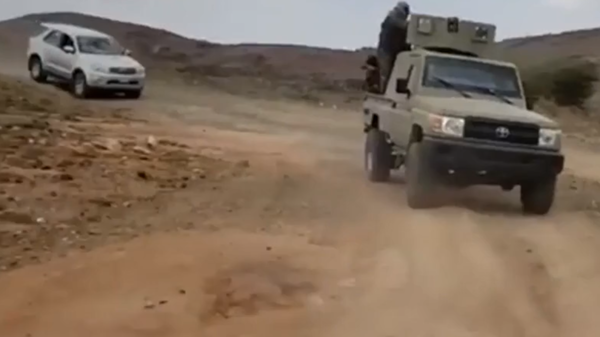 A prominent leader in the ranks of the terrorist Houthi militia was killed in an air strike by the Coalition to Support Legitimacy in Al-Bayda Governorate, central Yemen.

And field sources reported the death of the head of the so-called “war operations” in the Houthi militia in the Al-Bayda axis, Muhammad Taher Al-Saqqaf Al-Sawadi Al-Sayyid, along with his companions, in an air raid of the coalition yesterday, Sunday.

According to the sources, the air strike targeted Al-Sawadi in the Numan district of Al-Bayda governorate, which is located on the outskirts of the Bayhan district to the northwest of Shabwa governorate.

From the battlefronts in Al-Bayda (archive)

During the past two days, Numan district witnessed violent battles between the Giants forces and the terrorist Houthi militia, which resulted in the liberation of a number of sites and the restoration of combat mechanisms from the Iranian-backed Houthi militia.

Al-Sawadi is a prominent Houthi leader who was granted the rank of “brigadier” by the coup militias and was recently entrusted with managing the operations of the group’s security file in Al-Bayda Governorate.