In Bangkok.. Saudi badminton receives the award for the best federation in the world 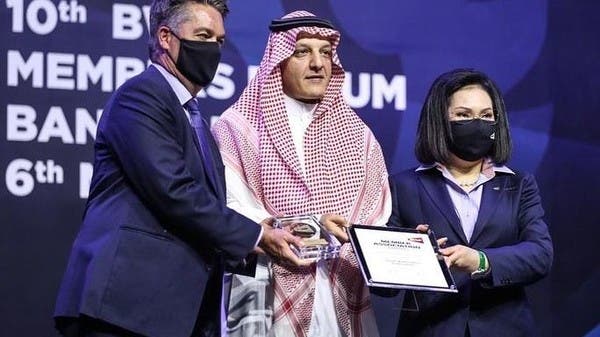 Muqrin during his speech

This award came in appreciation of the efforts made by the federation with the support of the Saudi Olympic and Paralympic Committee and the Ministry of Sports, which resulted in distinguished achievements in spreading and developing the sport of badminton in Saudi Arabia.

For his part, the president of the Saudi Badminton Federation expressed his great happiness at the federation’s achievement of this important global achievement, which is being achieved for the first time in Saudi Arabia, stressing that it came as a result of the unprecedented support enjoyed by various sports, and badminton in particular in Saudi Arabia, with the support of the rational leadership. And the patronage of Prince Abdulaziz bin Turki Al-Faisal, Minister of Sports and President of the Saudi Olympic and Paralympic Committee, which was translated into the strategy of the Saudi Badminton Federation.

He also added: All employees of the union have a role in achieving this global achievement, which is considered the most important achievement in the history of the union since its establishment in 2014.