In Belarus, they announced the build-up of the Russian-Belarusian military group 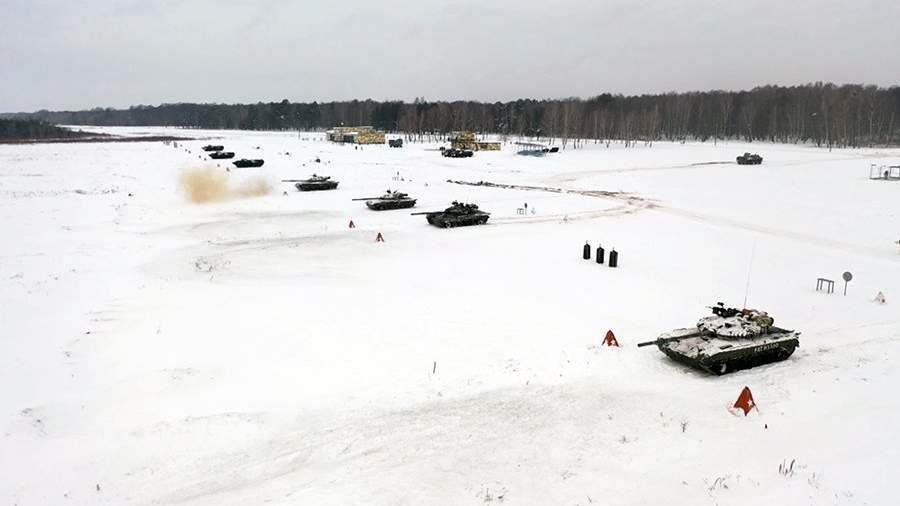 As part of ensuring the military security of the Union State, the build-up of the regional grouping of forces of Belarus and Russia continues. This was stated by the press service of the Ministry of Defense of Belarus in its Telegram channel on Thursday, January 5.

“Personnel, weapons, military and special equipment of the armed forces of the Russian Federation will continue to arrive in Belarus. With the arriving units at the training grounds of Belarus, further combat coordination activities are planned, ”the message says.

It is also noted that, in order to increase the level of combat training of the aviation units of the armed forces (AF) of Belarus and the Russian Federation, it is planned to conduct a joint tactical flight exercise.

It will be clarified that the military formation of the aerospace forces (VKS) will take part in these exercises from the Russian side.

On December 19, during negotiations in Minsk, Russian President Vladimir Putin discussed with his Belarusian counterpart Alexander Lukashenko the possibility of creating a single defense space. It was reported that Minsk and Moscow intend to jointly create new weapons and continue the practice of joint military exercises.

In November, Belarusian Defense Minister Viktor Khrenin announced that preparations had begun for the Russian-Belarusian military exercises “Union Shield – 2023”. He also noted that the exercises will become the main event of the joint training of Russian and Belarusian military command and control bodies and troops in 2023.

A month earlier, Lukashenka and Putin agreed to deploy a joint regional group of troops. According to Khrenin, the tasks of the allied regional grouping of troops of Russia and Belarus are purely defensive in nature. Putin’s press secretary Dmitry Peskov noted at the same time that the joint deployment of a group of troops of Russia and Belarus was prescribed by the military doctrine of the Union State.

Polyansky accused the West of disinterest in peace in Ukraine

Alicia Retto would not lead a magazine with Fernando Díaz: “My thing is journalistic”

Grammys 2023: who is Kim Petras, the first transgender woman to win a gramophone?