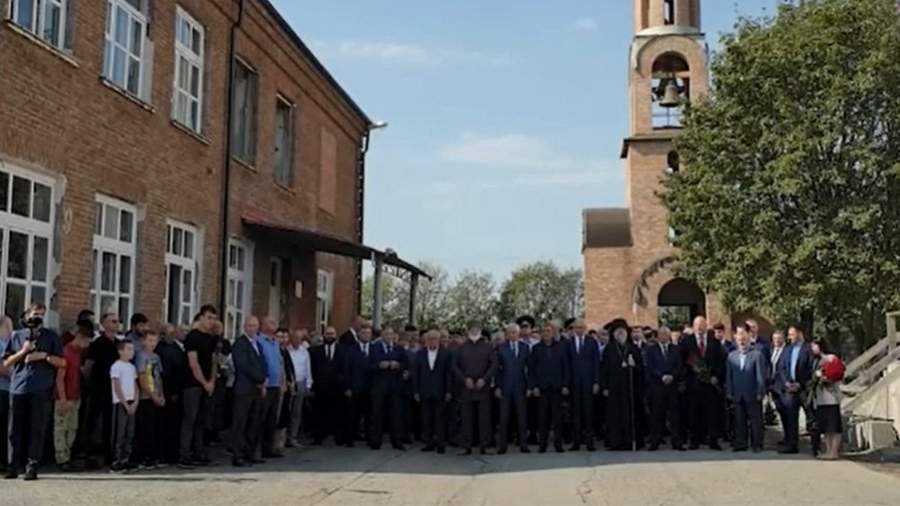 In Beslan, on September 1, the memory of those killed in the terrorist attack at school No. 1, which occurred in 2004, was honored.

The mourning events were attended by representatives of the federal authorities, North Ossetia and the clergy, military personnel, relatives and friends of the victims.

Flowers were laid in the sports hall of the school where the hostages were being held. The priests held a memorial service.

After that, the participants of the ceremony visited the cemetery where those who died as a result of the terrorist attack are buried. Flowers were also laid on the graves.

The terrorist attack at school No. 1 in Beslan took place on the morning of September 1, 2004, during a school assembly. Armed militants seized people and forcibly kept them at the school for three days. On September 3, the hostages were killed.

The victims of the attack were 334 people, including 318 hostages, of which 186 were children.

1315 people were recognized as victims of the militant attack.

Actions in memory of the victims of terrorist attacks are held in Moscow annually on September 3, on the Day of Solidarity in the Fight against Terrorism.