In front of the Burj Khalifa .. Ronaldinho flirting in Dubai with these words 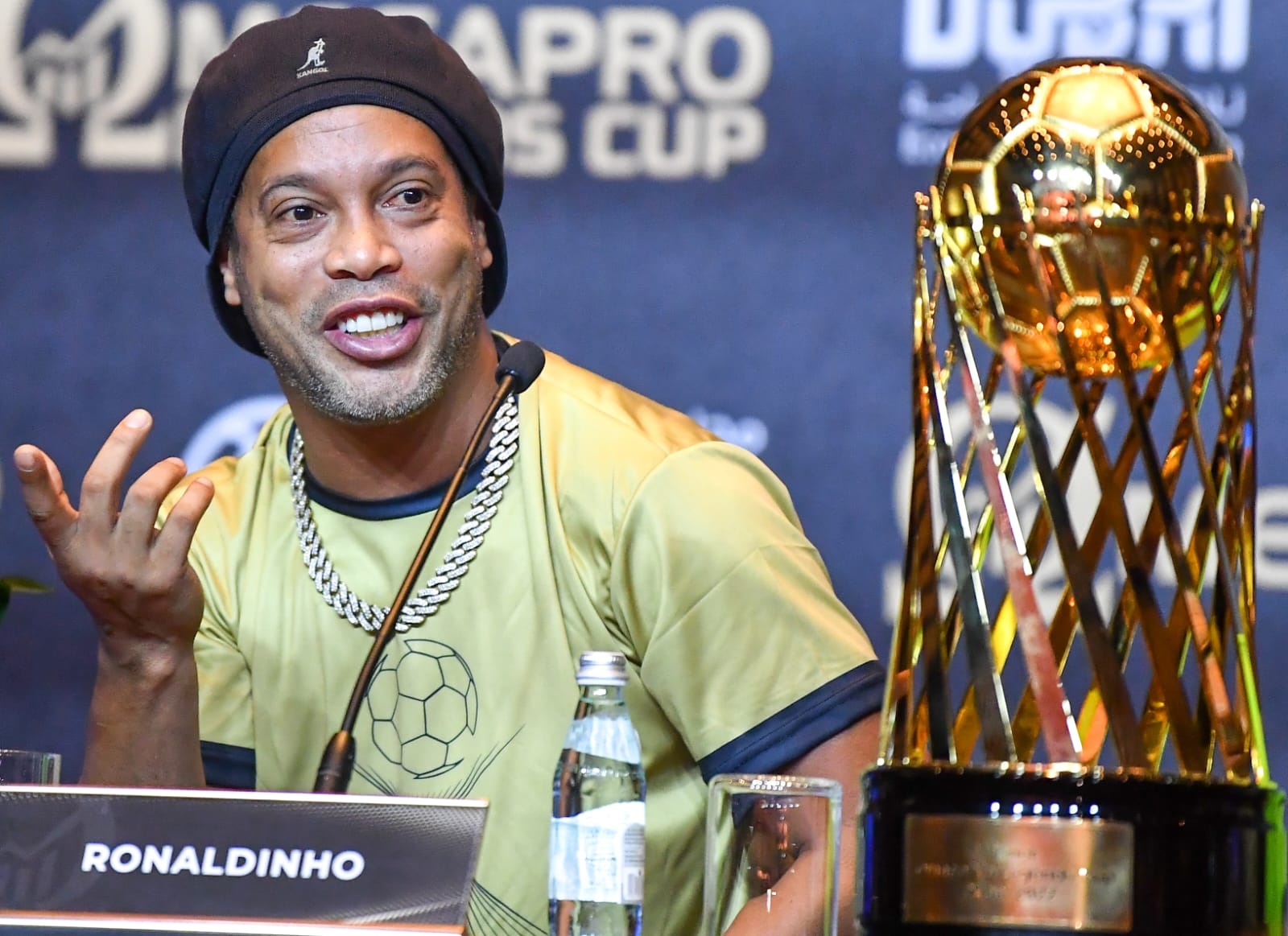 Brazilian star Ronaldinho confirmed that playing an exhibition football match in front of the Burj Khalifa is a wonderful experience in the city of Dubai, which he described as “impressive”, stressing that his return to playing in front of a number of the most prominent legends of world football is interesting.
Ronaldinho said in a press conference prior to the “Omega Pro” Legends Cup match, Thursday, that he played against all the stars participating in the exhibition match, with the exception of the famous Colombian star Carlos Valderrama, who is one of the most prominent players in the history of the Colombia national team during his participation in the World Cup Italy 1990.
He added, “Dubai is one of the closest cities to my heart and I am happy to be here again. There is no doubt that it is great to play again with this group of players, especially in Dubai, which is impressive in everything and in front of the tallest tower in the world, as it is definitely an unforgettable experience.”