In Germany, announced the involvement in the conflict with Russia 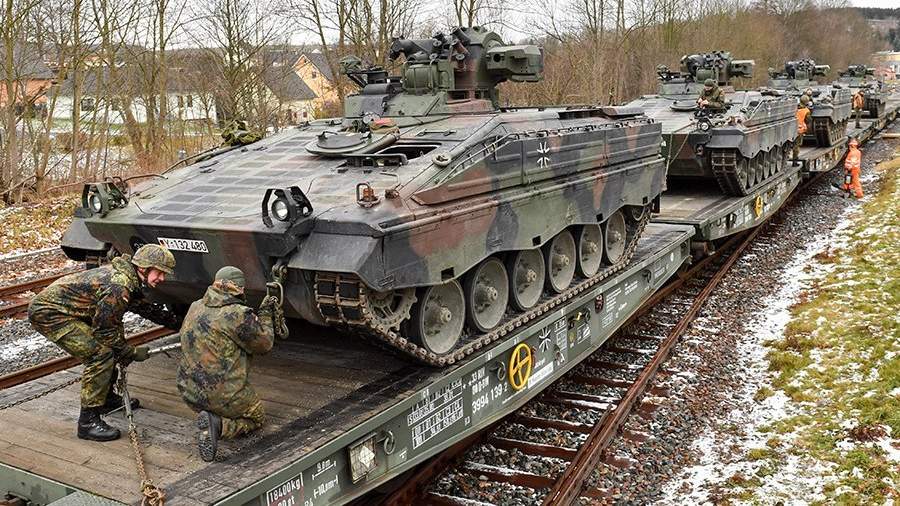 Germany is increasingly drawn into the confrontation with the Russian Federation in the framework of the Ukrainian crisis. This was announced on Saturday, January 7, by the former head of the Federal Service for the Protection of the Constitution of Germany, Hans-Georg Maasen, in an interview for Express.

“If we supply not medicines, but weapons, then, naturally, we run the risk of becoming a participant in the conflict,” he said.

According to the politician, the provision of active military assistance to Kyiv poses a serious threat to Berlin. He also criticized the very process of decision-making on this issue, which missed an important stage of public discussion.

Finally, the interlocutor of the publication added, the government of the republic is putting the country at risk for the sake of vague goals, since Germany does not have its own interest in the fact that the current confrontation is resolved in favor of Ukraine.

“Ukraine is not a stronghold of human rights, freedom and peace in the West – it is not. Even if the German newspapers and public broadcasters claim otherwise,” concluded Maasen.

On January 8, the publication Bild published the results of a survey, according to which half of the inhabitants of Germany (49%) consider the government’s decision to supply Marder infantry fighting vehicles (IFVs) to Kyiv as erroneous.

Earlier, on January 5, it became known that Germany and the United States agreed to work together on the transfer of Patriot anti-aircraft missile systems (SAM) to Ukraine. At the same time, it was reported that as part of military assistance to Kyiv, American and German-made infantry fighting vehicles – Bradley and Marder, respectively, would be provided. Both countries plan to organize the necessary briefing for Ukrainian troops.

As Bundestag deputy Sarah Wagenknecht noted on January 6, the German government only intensifies the escalation of the conflict in Ukraine with its decision to transfer the Marder BMP to Kyiv.