In light of the war in Ukraine, France is reassessing military expenditures 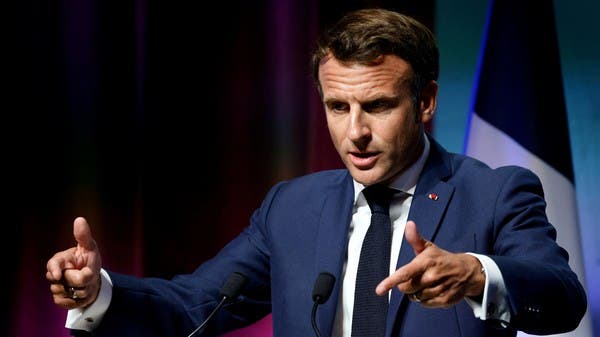 On Monday, French President Emmanuel Macron expressed his desire to “re-evaluate” the law on French military expenditures for the period between 2019-2025, with the aim of “adjusting the means in the face of threats”, against the background of the war in Ukraine.

“I have asked the Minister of Defense and the Chief of Staff of the Armed Forces to carry out in the coming weeks a reassessment of the law on military programming in light of the geopolitical context,” Macron said at the opening of the international exhibition for the defense and land security industries “Eurosatori”.

Macron at the International Defense and Land Security Industry Fair

He considered that France “has entered into a war economy on the basis of which I think we will organize ourselves in the long run” and “we can no longer coexist with rules that existed a year ago.”

“We did not wait for the strategic changes to reinvest,” he added, but the escalation of threats from the conflict that erupted in Ukraine since February 24 imposes “an additional requirement to move forward faster, stronger and at the lowest cost.”

In 2017, the French president began significantly raising defense funds after years of decline. The budget of the Ministry of the Armed Forces will rise again in 2022, to 40.9 billion euros, according to the law on French military expenditures for the period between 2019-2025, which aims to reach 50 billion euros in 2025.

In a related context, he called for strengthening the European defense industry, which should be “much stronger.”

Macron at the International Defense and Land Security Industry Fair

“Spending a lot to buy from somewhere else is not a good idea,” he said. “We should strengthen the industry and the industrial and technological base of European defense, (to become) much stronger and more demanding.”

“We must strengthen the industry, the industrial and technological base of European defense, (to make it) much stronger and more demanding…otherwise we will build our dependency in the future,” he added, repeating an appeal he made upon his arrival at the Elysee in 2017.

Macron, who was re-elected in April, added: “Let’s build the basis of European and French sovereignty and independence if we can, with partnerships I would like to be from all over the world, and I see a lot of non-Europeans here, but I like building partnerships of my choice, I do not like very much the dependencies that we have prepared for them. intensely and systematically at times.