In Moscow and the Moscow region, awards were presented to the participants of the special operation 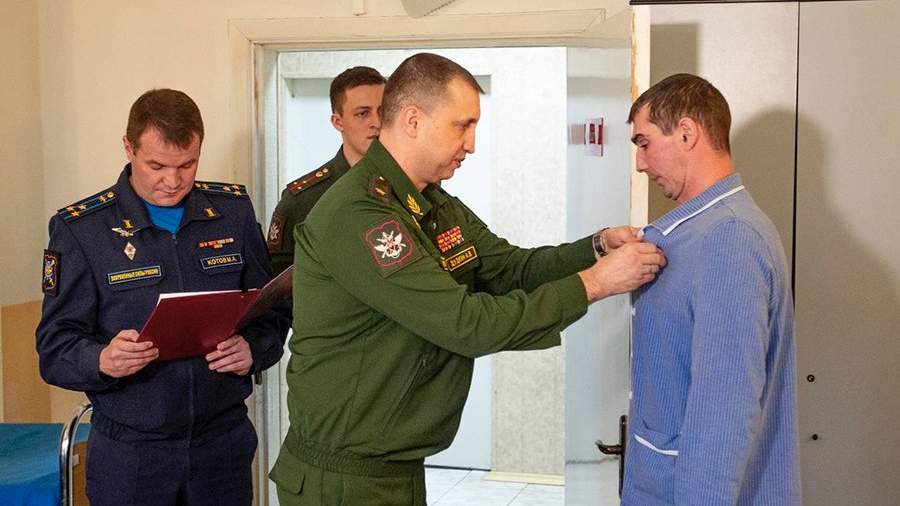 Earlier, Russian President Vladimir Putin signed a decree on rewarding servicemen who distinguished themselves in a special operation. They were awarded the Order of Courage, medals “For Courage” and “For Contribution to Strengthening the Defense of the Russian Federation.”

“On behalf of the Minister of Defense of the Russian Federation, we are presenting you with well-deserved awards, expressing gratitude for your heroism and dedication in the performance of military duty. We wish you a speedy recovery and return to duty. The Armed Forces of the Russian Federation and the country are proud of you!” Dudkin said during the award ceremony.

As the press service clarified, at present, the military personnel admitted to medical institutions have already been operated on and are in the rehabilitation stage.

“Patients receive high-tech medical care. All necessary measures are being taken in hospitals for their speedy recovery,” the ministry added.

It is also reported that after discharge, the servicemen will be sent for rehabilitation to departmental medical centers and sanatoriums for full recovery.

Earlier, at the end of December, Russian Defense Minister Sergei Shoigu, at an expanded meeting of the collegium of the Ministry of Defense with the President of Russia, said that during the special operation of the Russian Federation more than 100 thousand people received state awards, 120 of them were awarded the title of Hero of the Russian Federation.

At the same time, during the meeting, Putin thanked the soldiers and officers participating in the special operation, noting that Russian servicemen act courageously, steadfastly and worthily fulfill their duty to the Fatherland.

Since February 24, Russia has been conducting a special operation to protect the Donbass, against the inhabitants of which Ukraine has been fighting since 2014. The decision to hold it was made against the background of the aggravation of the situation in the region due to shelling by Ukrainian troops.