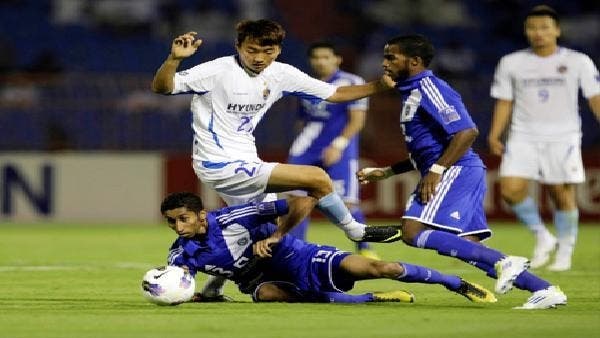 Al Hilal maintains a distinguished record against the Korean clubs, which will face them for the 11th time in the continental competitions, when it meets its counterpart Pohang Steelers in the final of the AFC Champions League.

Al-Hilal met with Korean clubs 10 times before in the Asian championships of all names, as it won 5 matches, lost 4 matches and drew in one match.

Al-Hilal faced the Korean clubs for the first time in 1991 in the Asian Champions League, when it met Pyongyang and won with two clean goals scored by its players Saad Mubarak and Mashari Al-Owairan.

Al Hilal continued its superiority over the Korean clubs when it faced Pohang Steelers in the 1997 Super Cup final and won the first leg with the goal of its striker Sami Al Jaber, and a 1-1 draw to win the title.

In 1998, Al Hilal received its first loss against Korean clubs when it was eliminated by Pohang Steelers from the semi-finals, 1-0. A year later, Al Hilal returned to the winning streak after defeating Suwon Samsung in the semi-finals of the Asian Champions League with the goal of Brazilian striker Sergio Ricardo.

In 2002, Al Hilal won the Asian Cup Winners’ Cup after winning the final match against Jeonbuk 2-1, scored by Hussein Al Ali and Brazilian Manuel Edmilson. In the same year, Al Hilal met with Suwon Samsung in the Super Cup final and lost in the first leg with a clean goal, to win the second leg with the same result and lose the title by losing on penalties.

Al-Hilal’s last meeting with Korean clubs was in the 2012 edition, when he met against Ulsan in the quarter-finals and lost the first leg with a clean goal, and lost the return match 4-0.