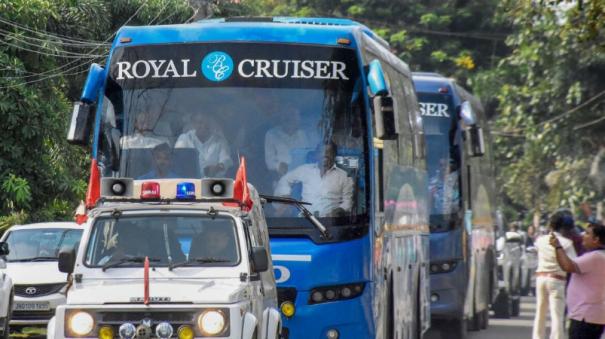 MLAs have been flown to the Congress-ruled state of Chhattisgarh to avoid defecting to the opposition BJP amid a political crisis that has called for the disqualification of Jharkhand Chief Minister Hemant Soran from the assembly in the mining allocation case. It has been reported that the MLAs are staying at the Mayfair Resort in Raipur.

Taking advantage of the political crisis in states like Madhya Pradesh, Karnataka and Maharashtra, the ruling Jharkhand Mukti Morcha party has alleged that the BJP, which has taken advantage of the MLAs of the ruling coalition, may try to topple the ruling governments here as well. Following this, the MLAs have been transferred as a precaution.

This is nothing new. Democratically duly elected non-BJP governments are being disrupted. This is our tactical move to protect our MLAs and keep them together,” he said. Meanwhile, Chhattisgarh Chief Minister Bhupesh is personally meeting the MLAs who have come to Raipur.