In the course of the matter: analysts expect the ruble to strengthen to 50 per dollar 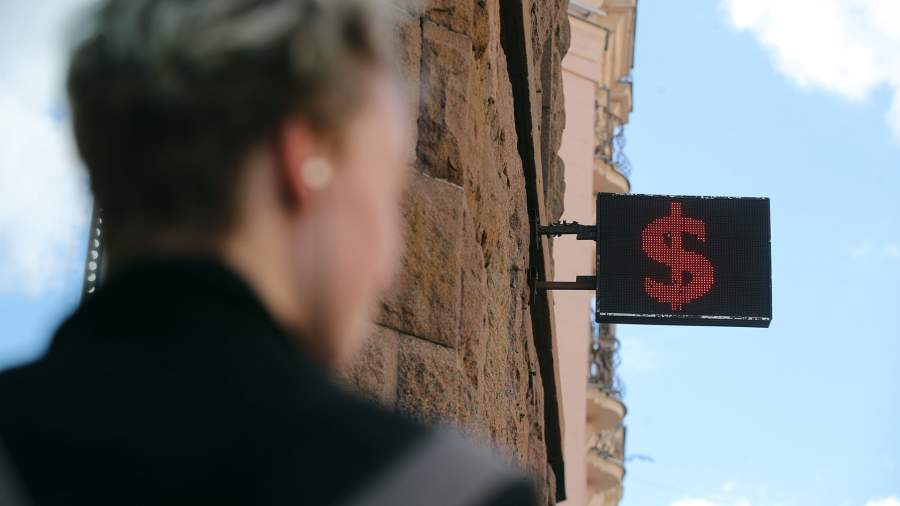 Until the end of June, the ruble may fall to 50 per dollar and euro, analysts polled by Izvestia predicted. The active strengthening of the national currency and its renewal of seven-year highs in relation to the American and European monetary units are still facilitated by the trade imbalance, high prices for raw materials, as well as the tax period. In the summer months and in September, fluctuations in the exchange rate can reach 60 rubles / $, and then weaken to 70 or more, experts expect.

The Russian currency continues its course of strengthening, which began in mid-March this year. During trading on the Moscow Exchange on Wednesday, On June 22, the ruble against the dollar at the moment was worth 52.8, reaching a maximum since the beginning of June 2015. The euro at the moment was trading at 55.01 rubles, updating the indicators for the first time since the end of May of the same 2015. From the peaks in the early spring of 2022, the exchange rates of the American and European currencies fell by more than 73 and 80 rubles, respectively. By 18:00 Moscow time on Wednesday, the USD/RUB pair was worth 53.26, while EUR/RUB was worth 56.39.

The situation in the domestic foreign exchange market of the Russian Federation is now unique: there have been no such low levels of foreign currencies since 2015, said Alexander Potavin, an analyst at Finam Group. There are several reasons for such dynamics: capital controls from Russia that have been in place since the beginning of spring, high foreign exchange earnings from the export of raw materials with a simultaneous drop in imports due to sanctions, and the abolition of the fiscal rulehe explained. The additional strengthening of the ruble is facilitated by the tax period and the payment of dividends by individual Russian corporations, said Natalia Vashchelyuk, chief analyst at Sovcombank. To make those payments, companies are selling more foreign currency, she added.

– The exchange rate of the ruble is still determined primarily by the trade and balance of payments. Now, in addition to a significant excess of export earnings over imports, there is also a process of voluntary devaluation due to concerns about holding currency positions by companies– said Vasily Karpunin, an expert at BCS World of Investments.

At the moment it is extremely it is difficult to find factors that could provoke a weakening of the Russian currency, stated Mikhail Shulgin, head of the global research department at Otkritie Investments. Strong trade balance as well taxable period continue to form an excess supply of currency, he estimated: only the impact of the latter on average, it additionally strengthens the ruble by 18-20 kopecks a day.

Also commissions for foreign currency deposits of legal entities looming on the horizon, which will allow the formation of quasi-negative rates on such deposits, pushing business out of at least dollars and euros, as a maximum – from any foreign currency, Mikhail Shulgin believes. They stimulate devaluation and the introduction of commissions for servicing accounts of individuals in dollars and euros and the impossibility of their transfers within the Russian Federation in large banks, he added.

The peak of foreign currency sales by exporters ahead of tax payments on June 27-28 is still ahead, predicted Igor Rapokhin, senior debt market strategist at SberCIB Investment Research. Consequently, the ruble may strengthen to 50 against the dollar in the coming days, it cannot be ruled out that it will go below this mark for a whilehe emphasized.

According to the expert, against the euro, the ruble will approach a similar value, and the euro-dollar pair, as in previous tax periods, may reach parity in the short term due to restrictions on capital flows.

– The ruble will continue to strengthen in the face of freezing of the country’s gold and foreign exchange reserves and, as a result, the absence of currency purchases by the Central Bank under the budget rule, – believes Alfa Capital analyst Alexander Dzhioev. – It is possible that the dollar will fall to 50 rubles by the end of the month.

According to PSB chief analyst Denis Popov, stabilization of the exchange rate will be facilitated by further reduction of the key rate, easing of controls on capital flows and gradual recovery of imports. In May, the decrease in the import of goods into the country, according to the bank’s estimates, has already slowed down to 25-30% yoy against 35-40% in April.

The recent deflationary processes are conducive to further easing of the Central Bank’s policy, Vasily Karpunin noted. According to him, for the population, stopping price growth and lower lending rates is a positive thing, and the main negative is the decrease in budget revenues from exports and the formation of a deficit, despite high prices for raw materials. Also a strong ruble discourages import substitution, which is so necessary as part of the restructuring of the economythe expert emphasized.

The fate of the ruble

Prospects for further changes in the ruble exchange rate depend on the ratio of Russian exports and imports, emphasized Ilgiz Baimuratov, vice president of the audit and consulting network FinExpertiza. The stabilization of the national currency of the Russian Federation could naturally contribute to lower prices and demand for energy or restrictions on exports from Russia, which are not yet in place, he added.

According to Natalia Vashchelyuk from Sovcombank, without additional measures, the return of the dollar to the corridor of 70-80 rubles is unlikely in the near future. It can happen if the demand for foreign currency grows significantly, for example, due to the purchase of it by large players, measures to enhance high-tech imports, the expert is sure. The recovery of imports without more extensive support measures will be slow due to logistical and transactional problems, and increased uncertainty, the economist said.

In the coming months, the ruble exchange rate may stabilize in a wide range of 50-60 rubles / $, and from autumn until the end of the year, we should expect it to weaken to 70-75, Denis Popov gave his forecast.​As the recovery of imports is slow, USD/RUB may remain below 60 until the end of the third quarter, Igor Rapokhin believes: this is not critical for the budget, since energy prices in rubles remain above the average of recent years. The range of 70–80 rubles/$ is also expected by the end of the year at Otkrytiye.Investitsii.

According to analysts, Individuals should be mindful of the rule of savings diversification and continue to hold currencies, especially cash, but also consider investment options in gold, yuan, Hong Kong dollar, dirhams and rupees.