In the face of Houthi oppression, Yemenis celebrate Song Day 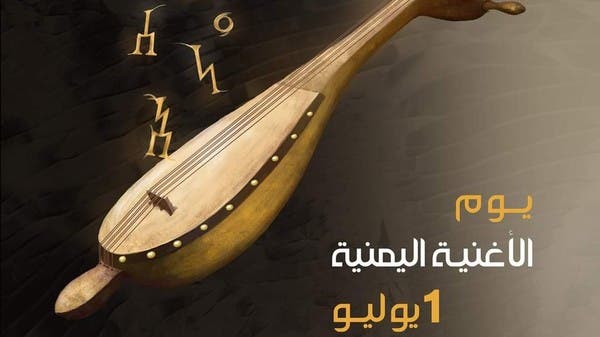 On July 1, Yemenis celebrated the “Yemeni Song Day” for the second year in a row, to highlight their rich singing heritage, and in defiance of the war waged by the Houthi militia against art and artists.

Last year, the Yemeni Ministry of Information and Culture issued a decision to adopt July 1 of each year as a day for Yemeni songs, in response to the initiative launched by a number of artists, intellectuals and activists to celebrate the country’s rich artistic heritage.

The celebration was met with wide interaction on social networking sites, where hundreds of Yemenis tweeted and published lyrical clips and sung poems, and pictures of artists who had clear fingerprints in promoting and developing the Yemeni song, and they also decorated their personal photos with the slogan of the Yemeni Song Day, celebrating it in their own way.

A number of Yemeni artists also participated in musical pieces on this occasion, and blessed the step of dedicating a day to Yemeni song as an initiative to preserve this ancient art.

In the same context, the Culture Office in the Governorate of Taiz held, on Friday evening, “The Roots of the Original Melody Festival” to celebrate the Yemeni Song Day, which its director, Abdul-Khaleq Saif described as “not an ordinary musical festival! and its diversity.

“The Roots of the Original Melody Festival”

For his part, the Yemeni Minister of Information, Culture and Tourism, Muammar Al-Eryani, said that the announcement of the first of July of each year as a day for Yemeni songs came in interaction with the initiative launched by a number of artists, intellectuals and activists, and in the face of the fierce campaign launched by the Houthi militia against art and its pioneers.

He explained that dedicating a day to the Yemeni song came to strengthen the Yemeni identity, protect Yemeni heritage and art, and restore consideration to the song that inspired Yemeni and Arab creators alike.

Al-Eryani pointed out that “the Yemeni song, since ancient times, united the feelings of Yemenis, sparked creativity in them and refined behavior. It was the companion of the farmer in the field, the worker in the factory, and the soldier in the field of struggle. And while politics was dividing, the song gathered and united, and the song is still the meeting place of the parties and the balm of the surgeon.” .

The Minister of Information called for making the Yemeni song day and celebrating it “a call to life in the face of the calls of war and death spread by the Houthi militia,” which he said “attempts to prevent the manifestations of life by targeting art and its symbols, preventing singing at weddings and occasions, tightening the screws on poets and writers, and forbidding playing all musical instruments.” “.

The Houthi militia had issued a circular banning artists and artists from attending events and weddings that take place in Sanaa and its areas of control.

The Houthi militia also prevents the festive atmosphere, music and singing in public places in its areas of control, as several Yemeni cities witnessed cases of attacks by Houthi gunmen on civilians at weddings and graduation parties.

For his part, Yemeni writer Ahmed Al-Salami said, “Aden embraced the art of tarab, recorded, documented, and restored all authentic so that we have an archive of melodies with which the voices of the great giants of singing sheikhs echoed.”

He considered that “Yemeni Song Day is a renewed celebration of the beauty of artistic memory and the mourning that purifies souls and gives the Yemeni person patience and enhances his connection with his society and its rich artistic history.”

For his part, the poet Saad Al-Haimi said, “The Yemeni song is our conscience played with melodies of feelings, tones of expression, and words of expression. It is the dictionary of our conditions, the interpreter of our emotions, the anthem of our enthusiasm, the invocations of our supplications, the resonance of our emotions, the mourning of our sorrows, the hurricanes of our fields, the joy of our joys, and the image of our culture.”

He urged making “Yemeni Song Day a people’s message, a title of peace, a symphony of love, and an anthem of a nation.”

The originality of Yemeni art

Yemeni singing is well known for its ancient roots, as the oldest Yemeni songs on the UNESCO list date back to the fourteenth century AD.

Historical sources indicate that Yemen knew singing, and various musical instruments were found in it in the Sabaean, Ma’in and Himyarite civilizations BC, and many inscriptions of the instruments used dating back to those eras were seen, and thus Yemeni singing is considered one of the oldest singing arts.

Yemeni singing is distinguished by a diverse artistic heritage, the most prominent of which is the Sana’a song, the Adniyah, the Dan al-Hadrami, the Tuhami song, the Lahjiah, the Ta’iziyah, and the Yafi’i song. Each lyrical color has its own poets, artists, and dances, which reflect the environment of each region in Yemen.