In the footsteps of Mariupol.. Moscow calls on the fighters of the Azot plant to surrender 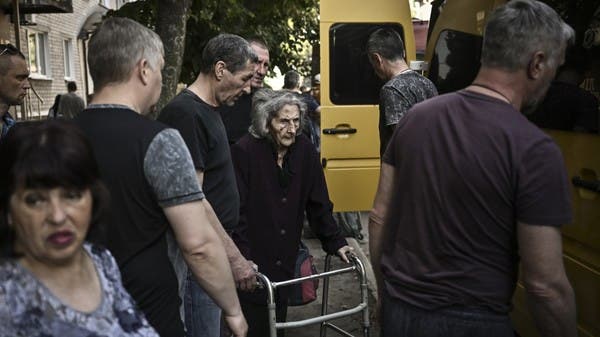 In a scenario similar to what happened at the Azovstal plant in Mariupol, Russia is seeking to remove Ukrainian fighters and civilians stuck in the Azot plant in the strategic city of Severodonetsk in eastern Ukraine, where fierce battles have been taking place for weeks.

It also offered the Ukrainian fighters who are sheltering in the Azot chemical plant the opportunity to surrender tomorrow, according to the Interfax news agency.

She also explained that Kyiv had requested the creation of a safe corridor to help civilians leave the factory, after destroying all the bridges linking Severodonetsk with the territory controlled by Ukrainian forces.

These statements came after the Ukrainian Chief of Staff announced yesterday that Russian forces had expelled the Ukrainian army from the center of the strategic city.

During the past hours, the Russian forces made remarkable progress in the framework of their large-scale offensive in the eastern Donbass region, and took control of about 80 percent of Severodonetsk.

blow up the last bridges

Meanwhile, Lugansk Governor Sergey Gaidai said yesterday that evacuations from the city had become impossible with the bombing of the last bridges.

It is noteworthy that the Russian forces had taken control of many areas in Donetsk, which together with Luhansk constituted the eastern Donbass region, but during the past weeks the fighting intensified violently in Severodonetsk.